The recent crashes of two Boeing 737 MAX 8 aircraft (Lion Air in Indonesia in October 2018 and Ethiopian Airlines in March 2019) have stirred a lot of emotions around the world and triggered bans and groundings of the type in several countries. Hours after the last crash, China banned the 737 MAX over its territory, followed by Ethiopia, and later by a host of other countries in most continents.

One notable exception: in North America, the USA and Canada refused to ground the Boeing aeroplane. In their view, based on statements by Boeing, the Federal Aviation Administration (FAA, in charge of certifications) and the National Transportation Safety Board (NTSB, in charge of safety), the Boeing 737 MAX is safe to fly and no changes have occurred since the certification was granted.

In an opinion published by USA Today, Jeff Guzzetti, a former NTSB accident investigator and FAA aviation safety manager, explains the reasons for that attitude: there are no hard facts or reasonable circumstantial evidence to justify a grounding. The FAA has shown it rigour when it grounded the Boeing 787 six years ago over battery fires and the NTSB would be the first to issue an urgent safety recommendation to ground the 737 MAX if it felt that FAA was dragging its feet. For the Lion Air accident, the author seems to imply pilot errors; for the Ethiopian one, it is too early to draw conclusions since the black boxes have not yet been analysed.

That questionable opinion is contradicted by another expert. Jan Richter, an aviation safety expert based in Germany, wonders in Quora why the FAA has not grounded the 737 MAX yet. 346 have died in crashes with Boeing 737 MAX 8 aircraft with no survivors, and Both crashes preceded by erratic altitude and speed indications ending in an ultimate total loss of control. Without evidence of what caused the crashes, two attitudes are possible: keep them flying until we know, or ground them all. In a culture of safety first, only the second attitude is responsible and acceptable.

After the Lion Air crash, Boeing felt it was necessary to update the MCAS software and the instructions manual, a modification that has not yet been implemented by all the airlines flying the MAX. And now Boeing is being asked to update its software again.

Therefore, I cannot understand that the FAA and Boeing pretend that the MAX is safe to fly but, at the same time, are asking for software updates. If it had been an Airbus, the FAA would probably already have grounded the entire fleet! It looks very much like economic interests are taking precedence over safety. If the accidents had happened with American Airlines or Southwest Airlines, no doubt that the 737 MAX would be grounded today!

But such an attitude could backfire: at the least small incident with a Boeing 737 MAX aircraft, there will be an explosion of outrage against the FAA and Boeing for not having grounded the whole fleet.

In Canada, minds are already changing: low-cost carrier Sunwing is also grounding its 737 MAX fleet. Let’s hope that safety, in line with the precautionary principle, will prevail everywhere in the world. 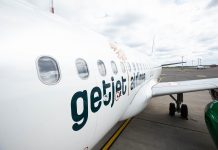 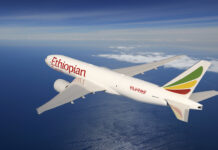