Following easyJet joining the UN-backed Race to Zero campaign in November last year and commitment to achieve net-zero carbon emissions by 2050, the airline is today announcing its interim carbon reduction target, a 35% carbon emissions intensity improvement by FY2035 on a FY2020 baseline. Since 2000, over a 20-year period, easyJet has already reduced its carbon emissions per passenger, per kilometre by over one-third.

The target aligns with the Science-Based Targets (SBT) sectoral decarbonisation pathway and has been submitted to the Science-Based Targets initiative (SBTi) for validation. The SBTi is a partnership between CDP, the United Nations Global Compact, World Resources Institute (WRI) and the World Wide Fund for Nature (WWF), which guides companies on their decarbonisation journeys, in line with the Paris Agreement. easyJet worked as part of the Technical Working Group (TWG) of dedicated experts from industry and NGOs who provided detailed input during the planning phase and on various drafts of the guidance and tool.

SBTi requires airlines to decarbonise within their own operation, thus not using out-of-sector carbon offsetting or other market-based mechanisms such as ETS (Emissions Trading System).

The airline plans to achieve this ambitious target through a combination of fleet renewal, operational improvements and efficiencies, airspace modernisation and the use of Sustainable Aviation Fuel:

“Decarbonising aviation is the challenge of a generation, but we know it can and must be done. We have now embarked on our journey to net-zero and while there will be challenges along the way, I’m really excited about what lies ahead. It is on us to protect the benefits of aviation for generations to come, while at the same time ensuring we do all possible to protect our planet for them.”

Sustainability is a holistic issue, so in addition to directly addressing our carbon emissions from flying, we are also mitigating the broader environmental impact of our operations. This includes: 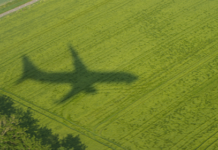 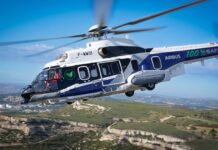