Home Airports Munich Airport (MUC) Satellite facility for Munich Airport’s Terminal 2 to open in April 2016
Facebook
Twitter
Email
WhatsApp
Linkedin
ReddIt
Pinterest
Viber
THE COUNTDOWN IS ON
Three years and two months after breaking ground for the satellite terminal, Munich Airport has now announced the time frame for the opening of the new facility. The responsible executive committees of Munich Airport (FMG) and Lufthansa have now narrowed down the official opening date to April 2016, with the exact day to be announced at the start of next year.Like Terminal 2, the satellite will be operated jointly by FMG and Lufthansa, which will hold 60% and 40% ownership, respectively. The new facility will have 27 adjacent aircraft park positions, allowing passengers to board flights directly and with no bus transfer. It will increase Munich Airport’s passenger handling capacity by 11 million passengers per year. “The satellite will take Munich Airport to a new dimension, both in quantitative and qualitative terms,” says Dr. Michael Kerkloh, the President and CEO of FMG. “As a result, the outstanding passenger experience and service standards of our airport, recently highlighted by our selection as Europe’s first five-star airport, will remain a key competitive advantage for our Bavarian hub in the future.”

For Thomas Klühr, the Lufthansa Executive Board member in charge of passenger operations, finance and the Munich hub, the new passenger terminal is a milestone in the ongoing development of the premium hub in Munich: “With the satellite we will offer our passengers the ideal infrastructure with unique ambience. Terminal 2 is already among the world’s best. Our guests in the satellite facility can expect the same. As an extension of Terminal 2, it is entirely geared to the needs of Lufthansa passengers.”

As the first midfield terminal at a German airport, the new satellite has no public access. Check-in will take place in Terminal 2. Passengers will then undergo passport screening and hand baggage checks before boarding an underground personal transport system that will take them to the satellite terminal in less than a minute. There they will find the full range of services and passenger handling facilities as well as extensive shopping and dining options.

Over the coming months, workers will complete the interior finishes and install technical equipment in the satellite. Extensive testing of all processes can then begin in the fall. This will leave time to implement any necessary improvements identified. Next, in the new year, hundreds of “test passengers” will be recruited to help simulate the interaction of all handling processes in the new facility. 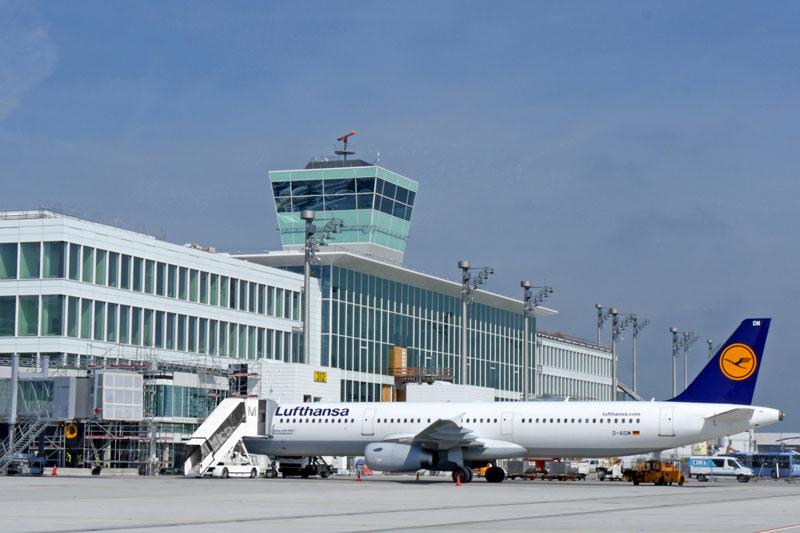