Next to the addition of five Airbus A320neo aircraft to the Brussels Airlines fleet, the Lufthansa subsidiary also foresees a 10% capacity increase by next Summer (2023). The airline plans four additional aircraft: two Airbus A320 and two Bombardier CRJ900 aircraft, operated by CityJet via a wet lease.

“These smaller aircraft with 85 to 100 seats will operate flights to secondary markets such as Bordeaux (France) and Billund (Danmark), allowing these areas to be linked to Brussels Airlines’ intercontinental and European network,” the airline said.

Two years ago, the contract between CityJet and Brussels Airlines to operate five CRJ900s was scrapped due to the start of the coronavirus pandemic.

The majority of the additional jobs created concerns flying staff, part of which has already started their training with the company. In the coming months, the airline will still hire 20 more pilots and 90 more cabin crew members in order for them to be trained before the start of the summer. Moreover, the Belgian company is also looking for 30 technicians and engineers, around 50 airport employees and 40 commercial & support positions such as Marketeers, Business Analysts and Customer Service Experts. Bringing the total number of open vacancies to 230.

In the course of 2022, the airline already hired more than 300 new colleagues, both as part of previous growth last summer and to ensure stable operations in the current winter and upcoming summer seasons. 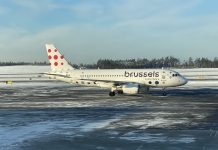 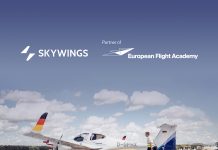