Legendary test pilot André Turcat died Monday night at the age of 94. He was the first aviator to have flown the famous Concorde 2 March 1969.

On the runway of Toulouse-Blagnac, he managed on that day to take off with the first prototype, called 001, of the Franco-British supersonic aircraft. The pilot was also at the helm when the Concorde crossed the sound barrier for the first time on 1 October 1969.

Very tall, bald-headed, clear eyes, nicknamed “Grand Turk” by his colleagues, the pioneer of modern aircraft had made a specialty of breaking records and becoming in 1954, aboard the experimental aircraft GERFAUT I, the first European pilot to cross the sound barrier in level flight.

The GRIFFON was using the combined turbojet and ramjet propulsion in the manner of LEDUC aircraft. The turbojet allowed the aircraft to take off and the ramjet provided the push needed for high speeds that would not have been reached by the weak French jet engines of the time.

His tentative flights at Mach 2 (twice the speed of sound) and his work on the ramjet earned him the Harmon Trophy, the highest US aircraft reward, received from the hands of Vice President Richard Nixon in 1959. Exceptionally, he would receive the award a second time in 1970 for the Concorde.

Holder of more than 6,000 flying hours, he is also Commander of the Legion d’Honneur, Grand Officer of the National Order of Merit and Commander in the Order of the British Empire.

Born October 23, 1921 in Marseilles (Bouche du Rhone) in a family of automakers, André Turcat graduated from the Ecole Polytechnique in 1942. Air Force officer, licensed pilot in 1947, he finds himself chief of operations in Indochina.

Appointed in 1952 director of the test flight crew school of the Air Force, he joined the following year as chief test pilot at SFECMAS (French Society for the Study and construction of special aircraft equipment), soon absorbed by Nord Aviation. There he developed the “Gerfaut” and the “Griffon”.

At Sud Aviation (now Aérospatiale and EADS) from 1964 to 1976, he became director of Concorde’s flight testing.
On January 22, 1971, Michel Debré, Minister of State for National Defence, gave him the insignia of Commander of the Legion d’Honneur.

In 1973 at Le Bourget after a spectacular demonstration of the Concorde, André Turcat was invited aboard the Tupolev-144, its Soviet rival nicknamed “Concordski” but he rejected the invitation. Moments later, the Russian plane crashed in flames after a full-power takeoff, killing all six crew members and eight people on the ground.

Also in 1973, Pierre Lena, a young researcher in astrophysics, had the idea of ??using Concorde to observe an eclipse when he realized that the aircraft was moving at the same speed as the shadow of the moon on the surface of the earth. It took him just an hour to convince the charismatic chief test pilot of the Concorde programme to embark on this project. On June 30, 1973, on the ground, observers placed in the path of the shadow, would have only seven minutes of total darkness, whereas aboard Concorde, they benefited from 74 minutes of observations for this eclipse of the century.

In 1983, he contributed to the launch of the National Academy of Air and Space in Toulouse. He also became Doctor in art history in 1990 and Master in Catholic theology in 2003.

Father of three, André Turcat has related the adventure of the Concorde in several books, including “Concorde, testing and battles” and he also wrote his memoirs, entitled “Test pilot”.

On the occasion of the anniversary of the historic first flight of the Concorde in March 2009, he said: “If we want to consider that the first kilometre closed circuit of Henri Farman in 1908 marked the beginning of useful aviation, the audacity of the first design in 1958 of an aircraft to take passengers at Mach 2.02 standd at half of the history of aviation.” He continued: “For me, having met Henri Farman, Gabriel Voisin, Henri Fabre, this flight of 2 March 1969 marks the way of rapid acceleration of history“.

It is a huge personality that leaves us, I address my sincere condolences to his family, his relatives and the entire aviation community. 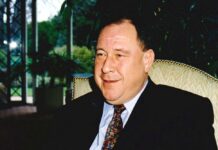 Jean Pierson, instigator of Airbus’ integration and development, passes away 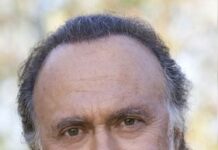 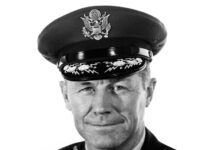 Chuck Yeager, first pilot who broke the sound barrier, dies at the age of 97