In 2022, Airbus Helicopters logged 374 gross orders (net: 362), highlighting the ongoing market recovery with an impressive 216 light single-engine helicopters sold. Deliveries increased from 338 in 2021 to 344 in 2022, contributing to Airbus Helicopters’ preliminary 52% share of the civil and parapublic market. Airbus’ helicopter fleet flight hours are now back to pre-COVID 2019 levels.

“2022 was a year in which Airbus Helicopters solidified its recovery, in a context of instability with the war in Ukraine and a fragile supply chain. I’d like to thank our customers for their continued trust in Airbus Helicopters. Our teams will continue to work hard to meet their needs and deliver on our commitments in 2023,” said Bruno Even, Airbus Helicopters CEO. “Our orders came from 203 customers in 48 countries, underlining the importance of our global network as well as showing that in uncertain times, the role of helicopters is more essential than ever.”

New ground was broken, with important first deliveries.The first ACH160 was delivered to a Brazilian customer, transported by an Airbus Beluga, in July 2022. Shortly after, All Nippon Helicopter’s H160 entered into service in Japan and the French Navy took delivery of the first H160 for SAR operations. In October, the Company delivered the first H135s to the Spanish Ministry of Interior following the major order just ten months prior.

Significant support and services contracts were signed for both the civil and military ranges. Highlights include an NHIndustries contract with NAHEMA for the French and German NH90s, and a follow-on contract with the US Army for more than 480 UH-72A and UH-72B Lakota helicopters. The Helicopter Company signed In-Service HCare contracts for its fleet of 20 H145s and six ACH160s.

“It is no surprise that security is currently a priority for many countries. This is reflected in our order book with an important contract for 27 H125s with our longstanding partner, the Brazilian armed forces. We launched a major upgrade of the Tiger helicopter for the French and Spanish armies and we are also progressing with the design of the H175M assembly line in Broughton should we win the New Medium Helicopter campaign in the UK,” continued Even.

Airbus Helicopters also continued to make inroads on its decarbonisation roadmap which is based on a threefold approach using SAF, hybridisation, and electrification.

”The unveiling of our DisruptiveLab demonstrator at the Airbus Summit is another significant step to decarbonising vertical lift. The aircraft that took flight on 13 January will demonstrate our capability to reduce CO2 emissions by 50%. Our commitment to sustainability also saw us forge more partnerships that will support the optimal entry into service of the CityAirbus NextGen, our eVTOL prototype,” continued Even.

Airbus Helicopters continued to innovate for the military market as well. The Company furthered the development of its own unmanned aerial system (UAS), the VSR700, which began trialling autonomous take-off and landing capabilities at sea. In June 2022, Airbus Helicopters was named coordinator of the “EU Next Generation Rotorcraft Technologies Project” (ENGRT) which is a Research and Technology project funded by the European Defence Fund, paving the way for the next generation of military rotorcraft in Europe. 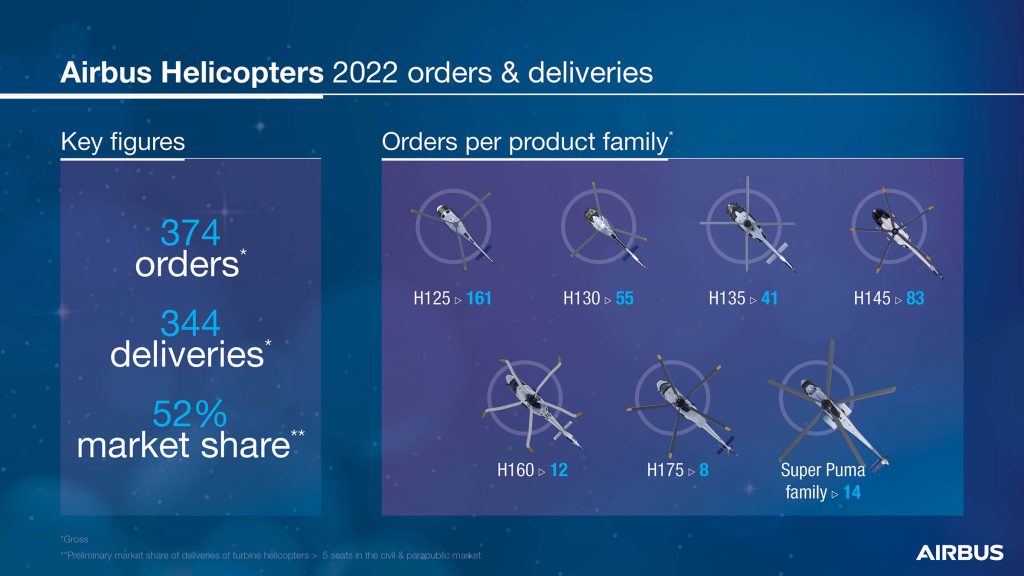 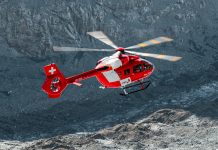 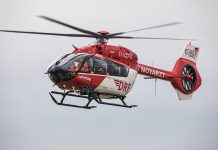 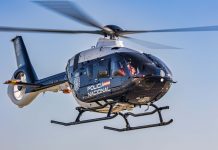