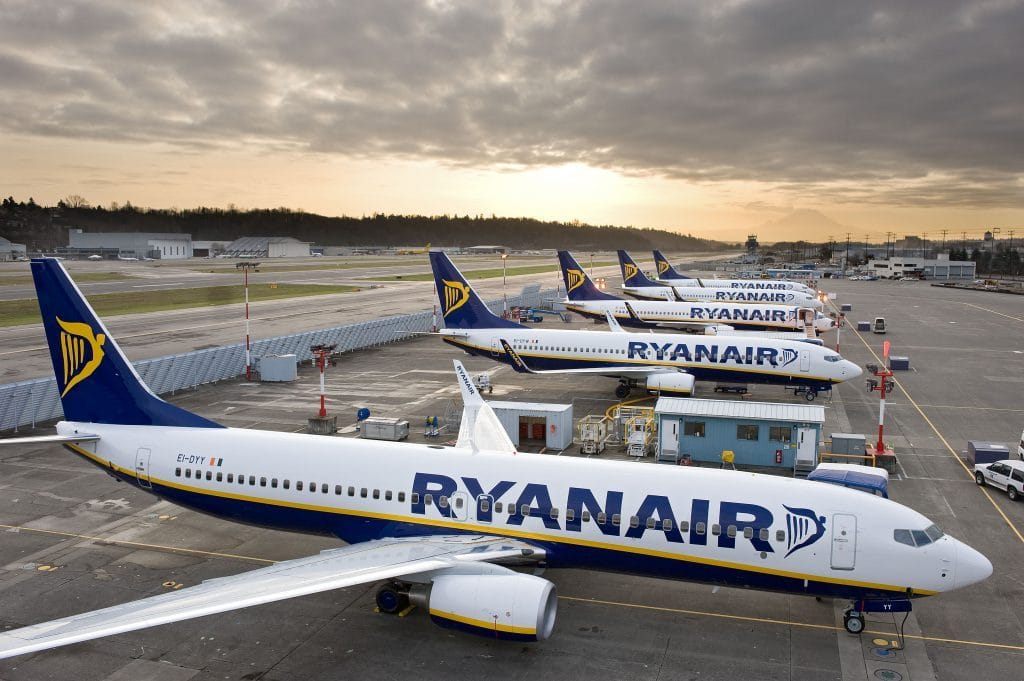 This winter, Ryanair is launching three new routes to/from Brussels South Charleroi Airport. Trieste, Genoa and Trapani will be added to the 18 direct routes available from Brussels-Charleroi to Italy. These three new destinations will be connected thanks to 2 flights a week.

On Thursdays and Sundays from 31 October 2021, flights will start heading from Brussels South Charleroi Airport to Trieste, a city on the Italian-Slovenian border and the capital of the Friuli-Venezia Giulia region. On Thursdays, the 737-800 Boeings bearing the Ryanair colours will leave Brussels-Charleroi at 14.40 and land in Trieste at around 16.20. The return flight is due to take off at 16.45 and touch down on the tarmac at BSCA at 18.25. On Sundays, departures to Italy will be taking off at 14.05 and arriving at 15.45. The return flight to Belgium is scheduled to leave at 16.10, with an estimated landing time of 17.50.

The city is laid out around three key points: its port, the Grand Canal and its main square. Piazza Unità d’Italia can be found at the foot of the San Giusto hill and overlooks the sea. It is the perfect starting point for exploring the surrounding areas: Borgo Teresiano and Giuseppino Borgo. This square, surrounded by neoclassical and baroque buildings, is home to the Fontana dei Quattro Continenti (Fountain of the Four Continents), also known as the Fontana del Mazzoleni. It is an allegorical representation of the world, showing four figures symbolising the inhabitants of the different parts of the world known about at the time that it was built, between 1751 and 1754.

Genoa is known for its port, which is not only one of Italy’s main ports but also one of the largest in the Mediterranean. The city is an important logistics and technology hub for Italy. Particularly well known for its industry, Genoa is also packed with history, and a large proportion of the historic centre is under UNESCO protection. Visitors will be able to marvel at the 110 palaces that the city has to offer, 42 of which are recognised by UNESCO. The city’s stunning beauty, nestled between the sea and the mountains, is bound to win over future travellers.

Next it’s Sicily’s turn, with Ryanair launching flights from Brussels-Charleroi to Trapani on 31 October 2021. There will be flights on Wednesdays and Sundays, departing from Brussels South Charleroi Airport at 08.00 and arriving in Sicily at around 10.30. The return flights are scheduled to take off at 10.55, landing back in Belgium at 13.25.

Capital of the province of the same name, Trapani is in the far west of the island, and its surprising location between the sea and the mountains makes it a very special place. Situated at the foot of Mount Eryx, also known as Monte San Giuliano, at the top of which you will find the town of Erice, Trapani looks out towards the Egadi archipelago, one of the largest marine reserves in Europe, made up of three main islands (Favignana, Levanzo and Marettimo), the Stagnone islands and six islets. Famous for its ancient marine traditions and beaches, Trapani is also known for harvesting and marketing its salt. Its salt pans nature reserve offers some breathtakingly colourful sunsets.

Philippe VERDONCK, Chief Executive Officer de Brussels South Charleroi Airport, explains: “Following this announcement, no fewer than eight new destinations will be available from our airport. They also add to our range of flights to Italy, which now offers 21 destinations for the Italian community in Belgium as well as for all fans of this multifaceted country. Ryanair continues to grow at Brussels South Charleroi Airport and we can only thank them for the trust that they put in all of our teams.”