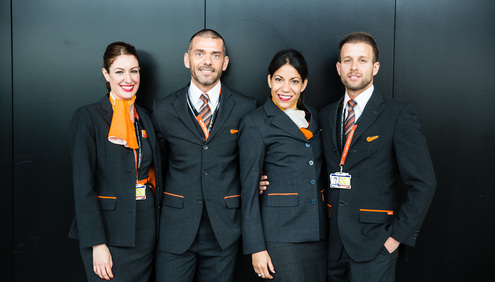 easyJet has launched its annual recruitment drive for seasonal cabin crew to fly next summer, to serve the predicted ramp up in demand. easyJet is recruiting for 1500 seasonal crew roles across Europe for its summer operations between March and October next year. Of these, 1100 of the jobs being advertised are set to be based in the UK alongside 250 seasonal crew who are set to return to the airline having operated last summer.

With sufficient pilots already in place to support operations for summer 2022, the airline is now looking to reopen its cadet pipeline, starting with taking on 150 newly-qualified cadet pilots in the UK who had originally been due to join the airline at the beginning of the pandemic. They will now join between January and April 2022. In addition to this, the airline is planning to begin recruitment in the coming weeks for experienced Airbus pilots, to be based in Europe.

“With the recovery underway, we are ready and able to seize opportunities and our seasonal crew are integral to this. As the largest UK airline, we are proud to employ thousands of people across the country, as well as in Europe, and have been delighted with the overwhelming response so far with more than 11,000 applicants for the 1500 crew roles. We are particularly pleased that, in line with our commitment to them, we will see many cadet pilots finally join us after they were delayed by the onset of the pandemic.

“We will continue to take decisive action to capture additional opportunities alongside our planned organic growth. We look forward to bringing these crew onboard with us for summer, so we can offer the greatest choice and best value across our unrivalled European network, for leisure and business customers alike.”

Last week, easyJet confirmed it would be expanding its UK fleet with three more aircraft across its Bristol and Manchester bases for the summer 2022 season. The Manchester base will be larger than ever with 20 aircraft based there connecting the North-West to key cities and holidays destinations across Europe.