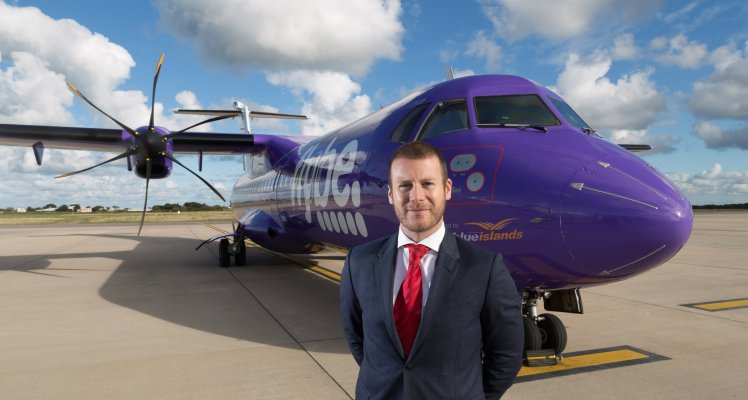 Blue Islands has launched a new 68-seat ATR 72 aircraft into its fleet, adding an additional 60,000 seats per year to the airline’s capacity and the second to be painted in Flybe livery.

I’m delighted Blue Islands operated services can now offer a 20% increase in capacity, that’s an additional 60,000 passengers to and from Jersey per year. Introducing the second ATR 72 into the Blue Islands fleet reaffirms our commitment to the Channel Islands and sustainable growth forecasts, following the deployment of an interim spare. This 68-seat aircraft, the second to be painted in Flybe livery and marks the next stage of our further continued expansion.

Blue Islands’ all-ATR fleet now comprises of two ATR 72 and three ATR 42 aircraft, with a further aircraft currently being sourced. Once the airline’s repainting programme is complete, four of its five aircraft will sport Flybe colours.

We are delighted to have achieved 97% ontime performance for Blue Islands operated inter-island services (excluding weather) over the past 10 weeks. Having one spare aircraft in four operational represents 20% of our fleet not being scheduled to fly for revenue generating activity which is extremely rare in regional aviation and further demonstrates our commitment to providing reliable air links. 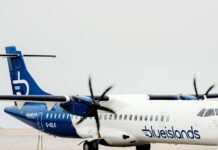 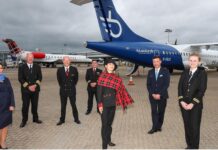