It is summertime again! Perhaps you are wondering how to entertain the nephews, your children or just your family.

The Legendary Amusement Park ‘WALIBI’ (which stands for cities adjacent to the Park WAvre-LImal-BIerges) has not only won the 5 awards at the Diamond Themepark Awards; they also went the extra smile and added lots of new activities.

Park is indeed thrilled with this news and the ongoing Park development, including aviation-related attractions for the whole family. WALIBI stated earlier in April that “Walibi was awarded 5 prizes at the Diamond Theme park Awards (awarded annually since 2010), the “Oscars” of theme parks and zoos in Belgium and the Netherlands, awarded today to Efteling, the Netherlands. And not least …

Not only has Walibi been awarded the title of “Best amusement park in Belgium” but also “Most sensational park”! And it is with pride that his teams have also benefited from the award of “Best Halloween event of Belgium” (nearly 160,000 visitors last year, in 13 days!). The PULSAR splash coaster, inaugurated in June 2016, already rewarded with the prize of “Best attraction of Belgium” last year, was recognised, this year, as the “Best aquatic attraction of Benelux”. After having been named “Best attraction in the world” at the end of 2016 in Orlando, the PULSAR continues its course nicely.

But another roller coaster is also attracting all eyes: the Tiki-Waka family, which won the bronze medal in the category “Best novelty in Europe”. It was last year that it was inaugurated in Exotic World, the first of the new worlds that foresees the investment plan of 100 million euros of Walibi (in 2019, two new Worlds are born: Karma World , with the Popcorn Revenge attraction, and Fun World, with the Russian Fun Pilot mountain).

This 9th edition of the Diamond Theme park Awards garnered 46,845 votes: the total of votes cast by a jury made up of professionals and fans of amusement parks, from Belgium, the Netherlands, France, Germany and Poland.”

One of the newest activities, namely ‘FUN Pilot’ will delight the aviation geeks and pilots wannabe. Park guests can immediately board the newest attractions.

Park is reporting that the new attraction Fun Pilot is “A word that summarises well the happiness that will have the youngest to get on board and to imagine pilot. This “Kiddie Coaster” will take its passengers to 9.5 meters high, over a length of 190 meters, and at a speed of 40 km / h. A 16-seater train will embark them in this attraction made by the German manufacturer Zierer.”

Given the smiles witnessed on passengers and families, no doubt this will be the thrilling ride for all young passengers!

Park is faithful to its reputation: “The largest theme park in Belgium for all ages offers a wide range of sensations.“

Park is open all Summer long (check timings here) and advanced ticket purchase can be done in order to benefit from great deals, from Family ticket to midweek promos. 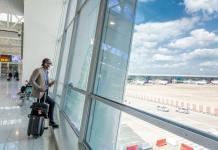