Ryanair cabin crew represented by the Portuguese union SNPVAC has called a strike between 21 and 25 August, the union announced in a short statement. The union says that the Irish low-cost airline is not adhering to agreements on annual leave and holiday pay.

The union calls on cabin crew on all Ryanair flights departing Portugal to strike. Belgian newspaper Het Laatste Nieuws knows that the industrial actions may affect Belgian tourists, as the Irish airline connects the airports of Brussels Airport and Brussels South Charleroi Airport with various destinations in Portugal. 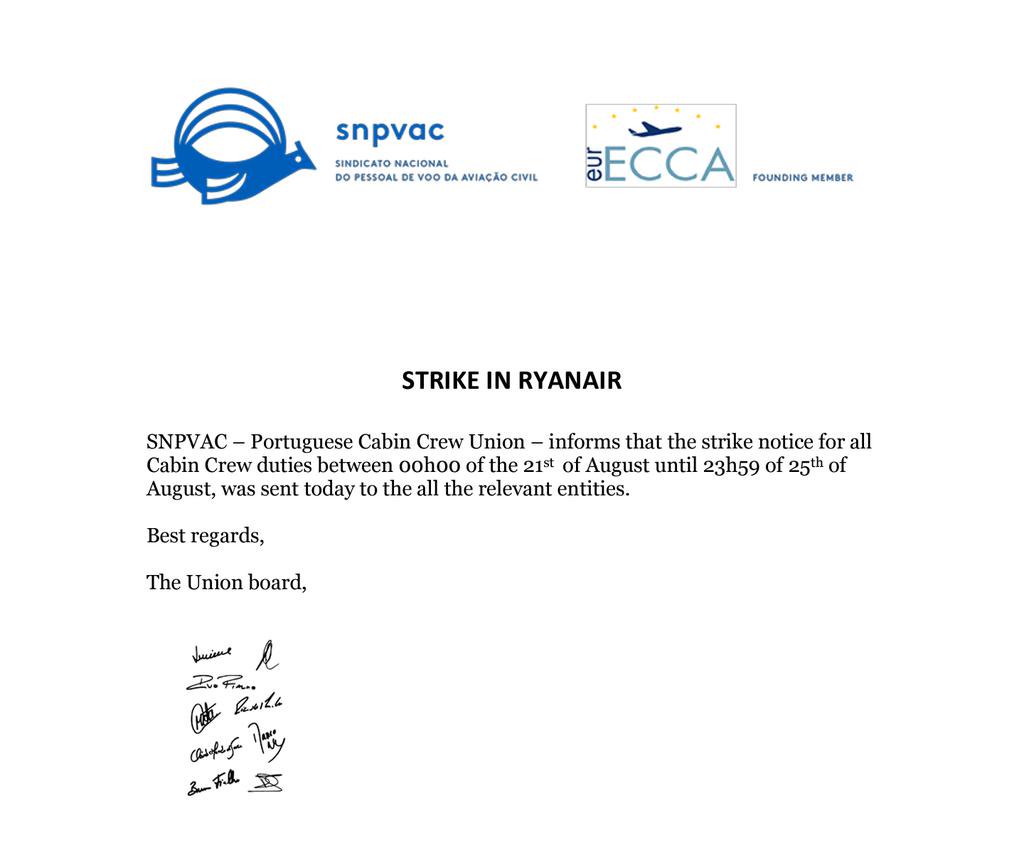 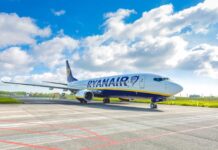