During the month of January, more than 1.7 million passengers passed through Brussels Airport, an increase of 3.7% compared to January 2019. Freight transport decreased by 10.5% compared to the same month last year. The number of flights fell by 2%.

The bankruptcy of Thomas Cook at the end of 2019 had little impact this winter, with many passengers having found other travel alternatives.

The outbreak of the coronavirus did not have a significant impact on the number of passengers for China in January.

In the short- and medium-haul segments, the most significant growth was recorded at Brussels Airlines, Ryanair, easyJet, Iberia, TAP Air Portugal, SAS and LOT Polish Airlines.

Freight transport at Brussels Airport fell by 10.5% in January 2020 compared to January 2019. The negative trend over recent months continued, in line with trends in Europe and the rest of the world.

Full cargo continued to decline (-16%) due to the slowing economic growth. Belly cargo dropped by 10.2%, also due mainly to the decrease in transport from Asia. Express services have continued to recover in recent months and recorded a slight increase (+0.7%) in January. 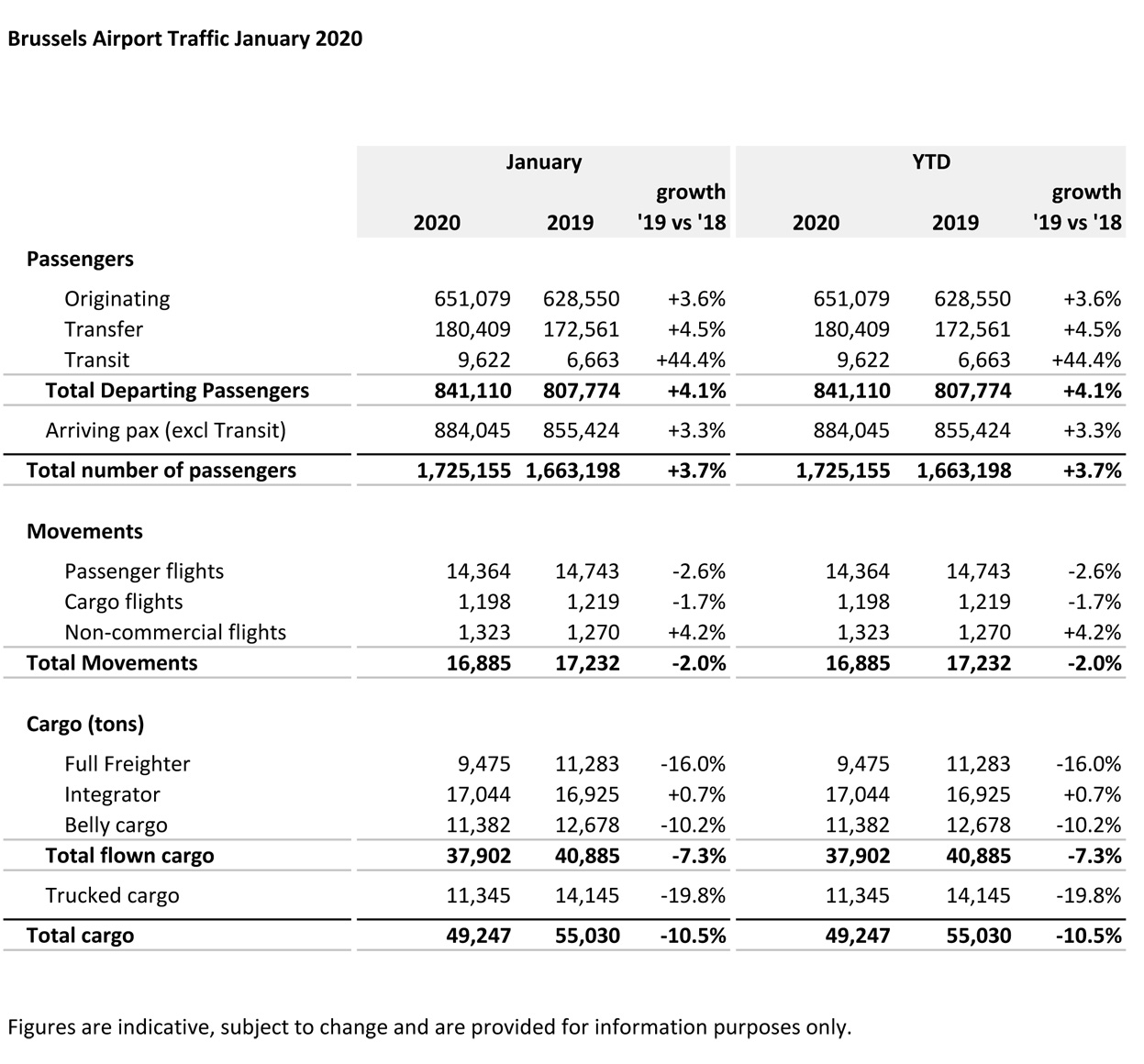