After the “Sunflower” (Zonnebloem), the “Carnation” (Anjer) is the 2nd of a total of 21 aircraft KLM will be taking into operation. By the end of 2016, the KLM fleet is expected to include 10 Boeing 787 Dreamliners.

All of the Dreamliners will be named individually after flowers: a typical Dutch export product that therefore resonates with KLM perfectly.

The “Carnation” will be deployed on the Amsterdam – Abu Dhabi/Bahrain route. Later in the 2015/2016 winter schedule, the Dreamliner will also fly to Dubai and Rio de Janeiro. 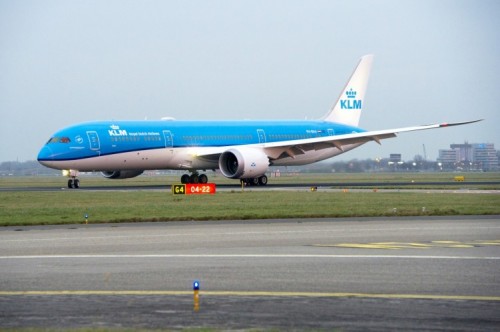