French aerospace group Dassault wants to sell its 96.85% stake in the Belgian aerospace equipment manufacturer SABCA, the group announced in a statement on Wednesday night.

SABCA employs 1,080 people three Belgian plants: Haren (Brussels, headquarters and structural and mechatronics engineering offices), Gosselies (Charleroi, for the heavy maintenance and major upgrades for all kinds of military aircraft and helicopters) and Lummen (Limburg, dedicated to the development and production of advanced composite elements for aircraft and launchers). It also has a subsidiary, ASM Aero, in Casablanca, Morocco.

SABCA (Société Anonyme Belge de Constructions Aéronautiques) is one of the main aerospace companies in Belgium. Founded in 1920, it has built extensive and varied know-how based on its nearly 100 years’ experience in designing, building and upgrading large and complex elements for aircraft and space launchers. Its customers and partners belong to the elite of the aerospace world and are spread worldwide. 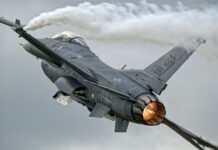 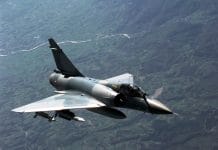 Taiwan’s Mirage fighter jets grounded after crash into the sea