In 2013 a Slovakian AirExplore Boeing 737-300 operating for TUI fly Netherlands was about to take off from runway 36L at Amsterdam Schiphol to Dalaman, Turkey. A passenger was filming outside and his father -a Boeing 747 captain- noticed that the flaps where not set for take-off. This movie was recently uploaded to YouTube.

A passenger, a Boeing 747 captain, tells his story: “My son posted this video as we were on board the aircraft as passengers going on a holiday. I know a little about flying as I am a 747 captain myself and I noticed that the pilots forgot to set the flaps“. As the aircraft lined up on runway 36L he ran to the cockpit to inform the pilots: “the take-off config1 was going off and could be heard until the flaps reached ‘flaps 5’ “.

The passenger then contacted the TUI fly Netherlands flight safety officer and e-mailed him the video. The captain never filed a report or mentioned the error in the technical log. TUI fly Netherlands filed an air safety report and the airline reviewed the wet-lease with AirExplore. Apparently the captain of that particular flight was fired and the wet-lease contract with AirExplore ended after the season.

The passenger adds: “The captain in charge was neglecting his operating procedures, on top of that, he didn’t abort the take-off roll despite the take-off config warning. What if the flaps rolled out asymmetric ? A big crash near Amsterdam airport has been avoided!”

1 (A take-off warning system or TOWS is a set of warning signals required on most commercial aircraft, designed to alert the pilots of possibly dangerous errors in an aircraft’s take-off configuration)

2 The Aviation Safety Reporting System, or ASRS, is a voluntary confidential reporting system that allows pilots and other aircraft crew members to confidentially report near misses and close calls in the interest of improving air safety. 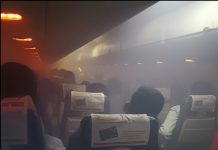 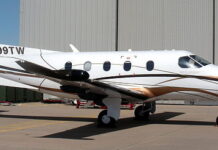 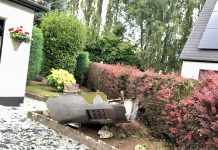