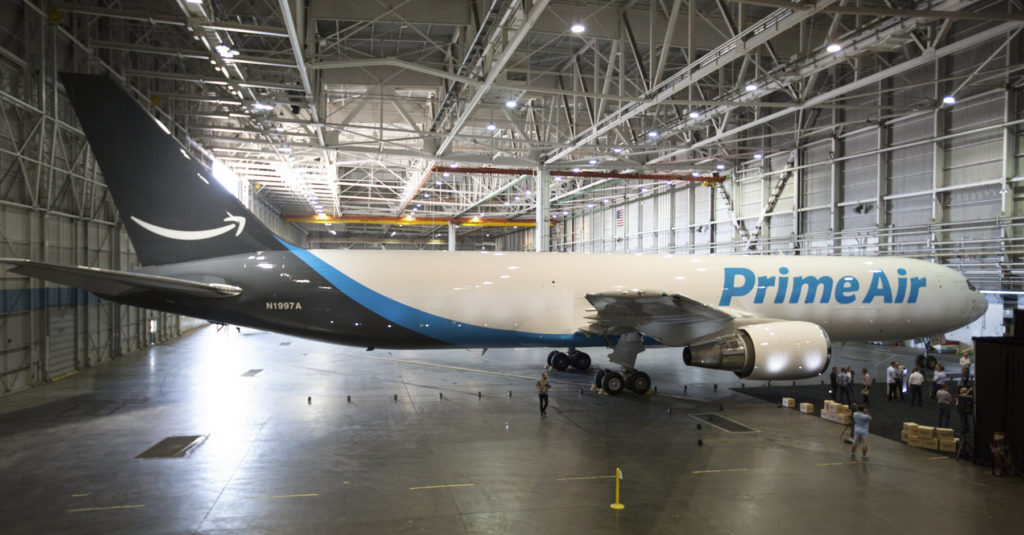 Amazon announced its first-ever purchase of eleven Boeing 767-300 aircraft, expanding its fleet to continue to serve customers. The purchases include seven aircraft from Delta and four aircraft from WestJet, which will join the network by 2022. Amazon Air’s fleet expansion comes at a time when customers are relying on fast, free shipping more than ever.

“Our goal is to continue delivering for customers across the U.S. in the way that they expect from Amazon, and purchasing our own aircraft is a natural next step toward that goal,” said Sarah Rhoads, Vice President of Amazon Global Air. “Having a mix of both leased and owned aircraft in our growing fleet allows us to better manage our operations, which in turn helps us to keep pace in meeting our customer promises.”

Amazon Air plays a central role in delivering for customers by transporting items across longer distances in shorter timeframes. The four aircraft purchased from WestJet in March are currently undergoing passenger to cargo conversion and will join Amazon Air’s network in 2021, and the seven aircraft from Delta will enter Amazon’s air cargo network in 2022. These fleet additions will ensure added capacity in Amazon Air’s network for years to come. The company will continue to rely on third-party carriers to operate these new aircraft.

This summer, Amazon Air announced its purchase of six million gallons of sustainable aviation fuel and has already invested in leading-edge electric ground service equipment and solar rooftop panels planned at some facilities. Since Amazon Air’s launch in 2016, Amazon has invested hundreds of millions of dollars and created thousands of new jobs at Amazon Air locations across the U.S.