Carsten Spohr, Chairman of the Executive Board of Deutsche Lufthansa AG:

“The spread of the coronavirus has placed the entire global economy and our company as well in an unprecedented state of emergency. At present, no one can foresee the consequences. We have to counter this extraordinary situation with drastic and sometimes painful measures. At the same time, we must live up to the special responsibility that airlines bear in their home countries. We are doing everything we can to bring as many passengers as possible home on relief flights. In addition, we are doing our utmost to help ensure that supply chains for many thousands of businesses do not break down by mobilising additional capacity for air freight transport. The longer this crisis lasts, the more likely it is that the future of aviation cannot be guaranteed without state aid. In view of the massive impact of the Corona crisis, today’s publication of our results for the past financial year is unfortunately sidelined.”

The most important key figures of the 2019 annual financial statements have already been reported in an ad hoc announcement on 13 March.

“The Lufthansa Group is financially well equipped to cope with an extraordinary crisis situation such as the current one. We own 86 per cent of the Group’s fleet, which is largely unencumbered and has a book value of around 10 billion euros. In addition, we have decided to propose to the Annual General Meeting that the dividend payment be suspended, and we are proposing short-time working in our home markets,” said Ulrik Svensson, Chief Financial Officer of Deutsche Lufthansa AG.

The Lufthansa Executive Board also decided yesterday to waive 20 per cent of its basic remuneration in 2020. 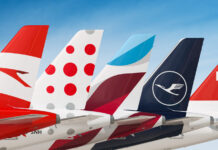 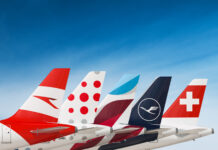