Should I write: landed so hard that both tires worn of to the rim ?

The wheels came off, not the tyres!

Report in The Aviation Herald: https://avherald.com/h?article=4c0f2a13&opt=0

"both nose wheels separated from the nose gear strut causing the aircraft to skid to a halt on the runway about 1200 meters/3900 feet down the runway at about 23:00L (16:00Z). The aircraft was evacuated via slides. Six passengers received minor injuries as result of the evacuation and were taken to local hospitals."
André
ex Sabena #26567
Top

Air operations were affected for a while as the TWR had to be evacuated.


Several aircraft on approach were sent off.

Flights were soon after allowed to land but had to communicate intentions and actions out loud on the Gnd frequency for other station's attention.

Operations at Ted Stevens Int'l Airport has since resumed though suffering from disruptions.

11:02 a.m.
Anchorage Airport is open. They have some damage and flights may be impacted, travelers should call their individual carriers.
• There is some broken glass from windows/light fixtures
• They have power.
• Escalators and elevators are out of service.
• No heat at this time.
• Flights are being delayed, TSA baggage screening is down.
• There are arrivals.
• There is damage to infrastructure leading into airport follow detour signs.
• There are some damaged water mains.

Emirates crew in Nice by foot, cheered on by "yellow jackets"

It's getting a mouthful of numbers to change frequency

Yes. Even the military are changing:

as from december 6th.
Watch the AIP!
Top

Wondering what in the world Kuusamo is??

Impressive views of a bird strike on a PrecisionAir ATR72 in Tanzania: 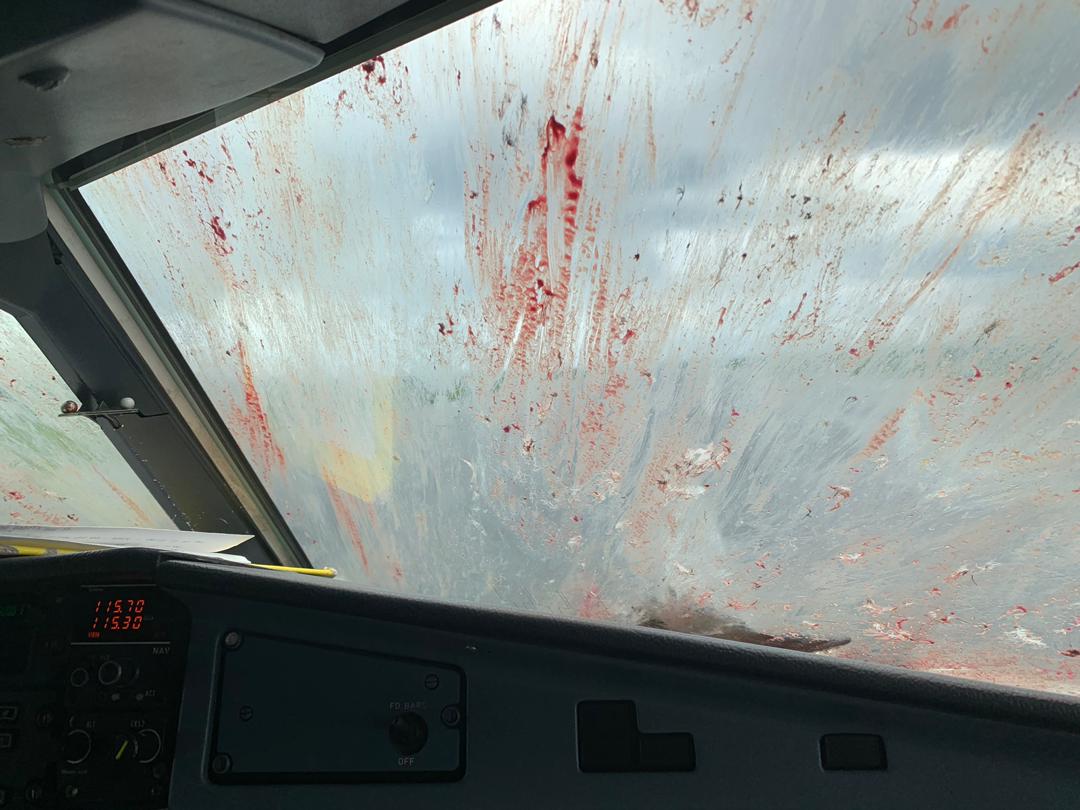 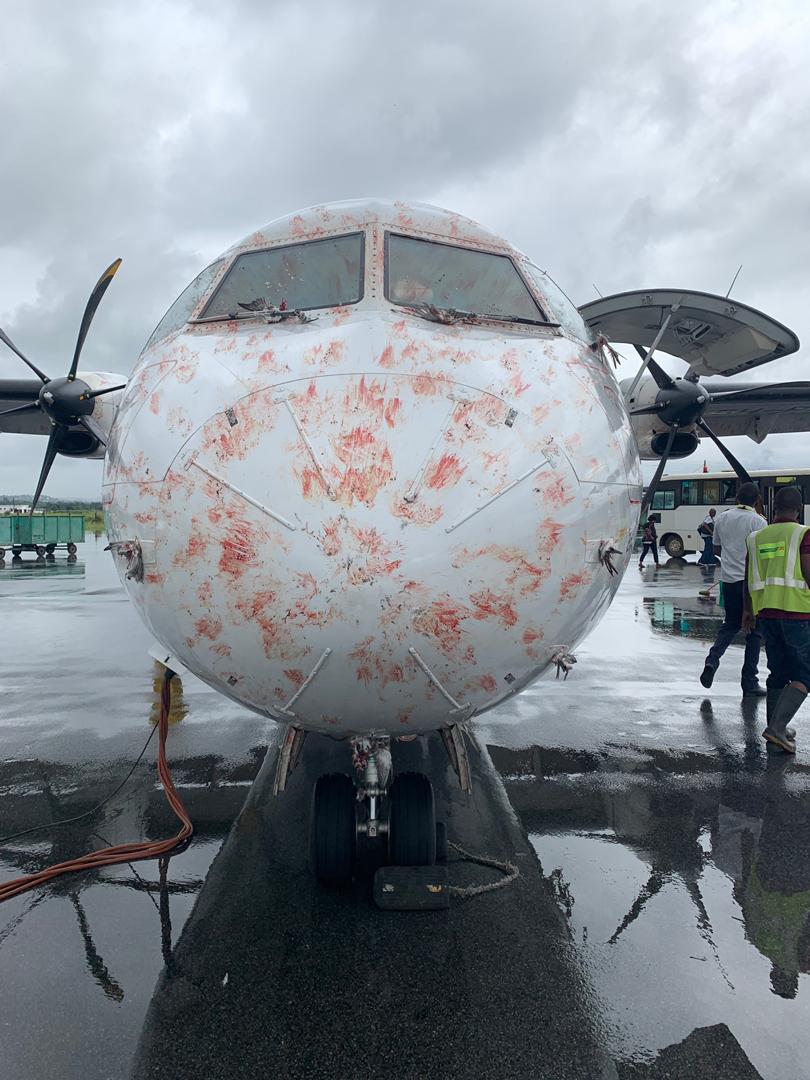 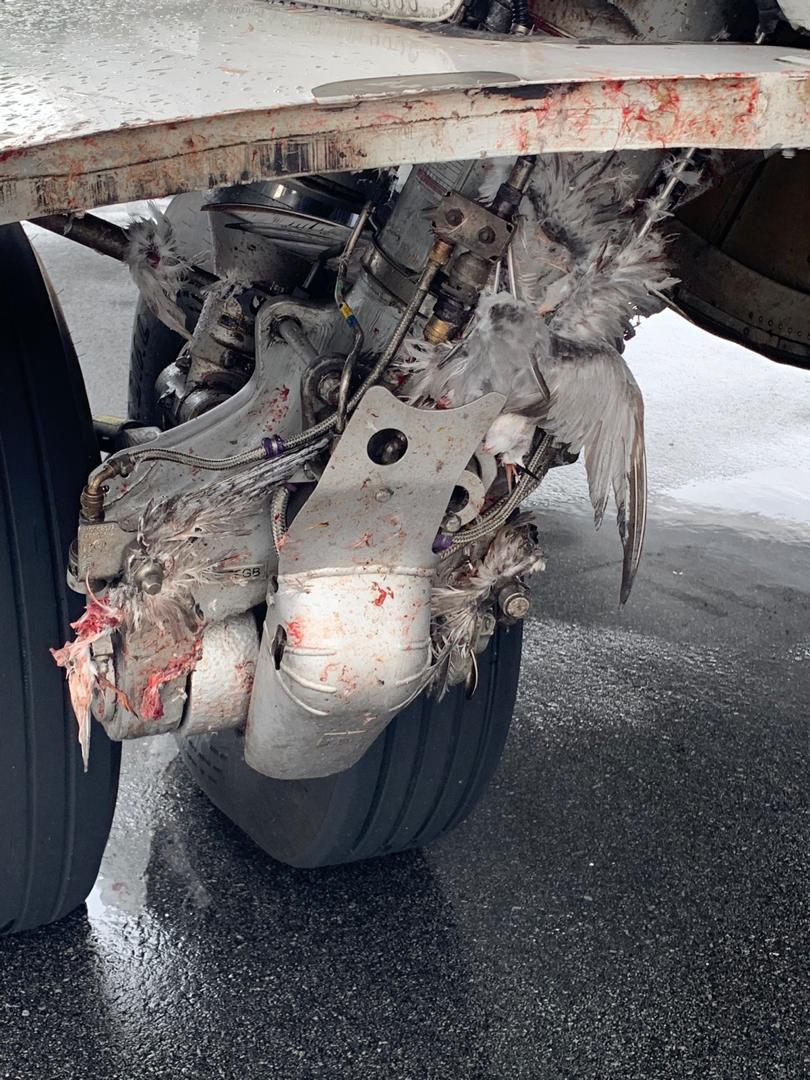 woooowww, that was a whole flock knocked out of the air. Traces everywhere, not only the frontal area, but engine nacelles, spinners, flaps, main gear.
Lucky escape for all on board...
Top

"...On 23th July 2018, an AeroUnion Airbus A300B4 freighter, registration XA-MRC performing flight 6R-303 from Los Angeles to Mexico City landed on Mexico City's runway 05R, but came to a stop on the runway with 3 main tyres deflated. Mexico's DGAC reported the aircraft damaged three main tyres during the landing roll apparently due to the failure of the anti-skid. The occurrence was rated a serious incident and is being investigated..."
http://avherald.com/h?article=4bd5eb07&opt=0

Another incident for the former TNT OO-TZD:

Now it won't be flying anymore...