Eurowings Europe (Austria) to start new service from Salzburg to London Heathrow on 01 November and to Bremen on 23 December 2017.

Eurowings Europe (Austria) to start new A319/A320 service from Vienna to Dortmund and Agadir on 29 October and 04 November 2017.

The Eurowings tram in Graz (Austria): next stop Mallorca 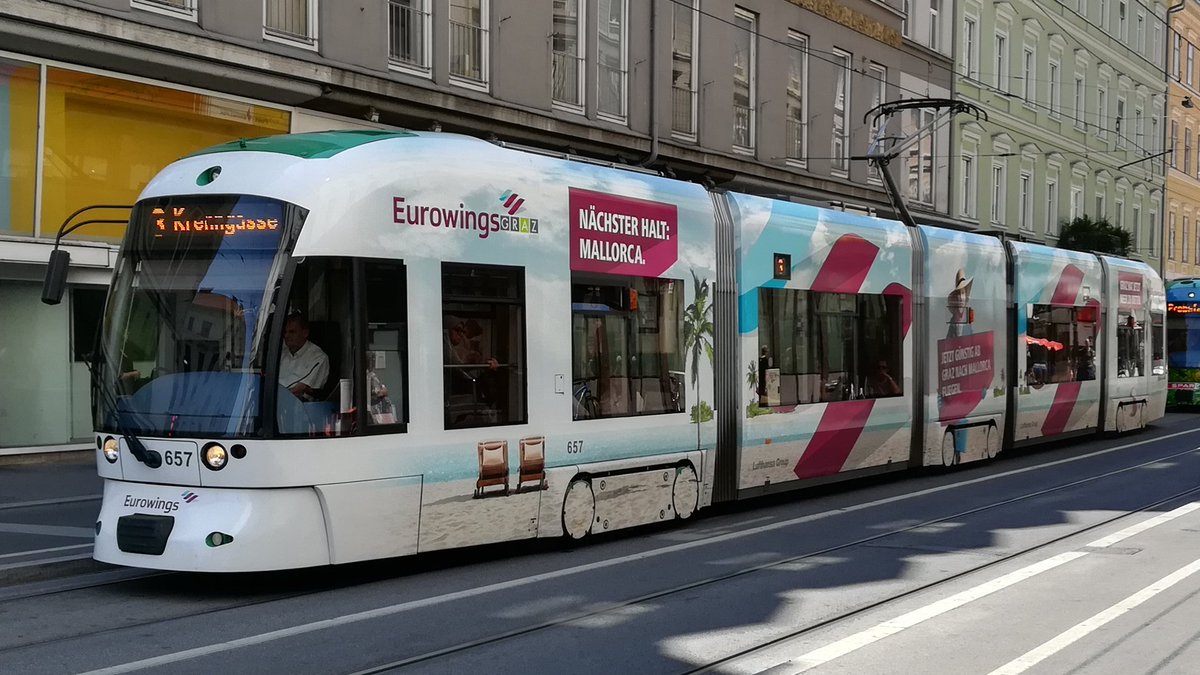 Germanwings to start new A319 service from Hanover to Gran Canaria/Las Palmas on 31 October and from Dusseldorf to Fez on 04 November 2017.

Germanwings? I thought this brand was doomed and would disappear within months. Why then launch new routes under the Germanwings name, and not as Eurowings?
André
ex Sabena #26567
Top

Germanwings? I thought this brand was doomed and would disappear within months. Why then launch new routes under the Germanwings name, and not as Eurowings?

Not so fast, André

Those routes will be marketed by Eurowings and operated by Germanwings. That airline still exists as a service provider to Eurowings, hence the 4U-prefix in GDS. There are most likely multiple reasons why Germanwings equipment and staff hasn't been folded into Eurowings yet.
Top

Germanwings? I thought this brand was doomed and would disappear within months. Why then launch new routes under the Germanwings name, and not as Eurowings?

The routes are sold under the Eurowings brand, but they are operated by aircraft on the Germanwings AOC which still exists as a 'seperate' airline with it's own IATA code etc. The structure is not the easiest and must be streamlined, but it takes time. It's not as simple as transfering aircraft from one AOC to another, because Germanwings is included in certain collective LH agreements in terms of flying staff while Eurowings is really seperate. Removing aircraft from the Germanwings AOC requires 'compensation' on another Lufthansa division, so it's a gradual process. For non-Germans it's almost impossible to understand, but in Germany they are more or less used to the mix of brands

Basically the current structure is that you have Eurowings Aviation GmbH which is the overhead/managing company but not an airline itself, it manages the operations under various AOC's: Eurowings, Eurowings Europe, Germanwings, Air Berlin wet-lease and SunExpress wet-lease.
All those flights are marketed and sold under the Eurowings brand, but just like SN is obliged obliged to inform passengers that the flight is operated by e.g. bmi or CityJet, EW is obliged to inform that the flight is operated by XXX and in case of Germanwings that's even still with the 4U flightcodes (but even then it's a "Eurowings operated by Germanwings" operation).
Top

Eurowings to start Hamburg – Innsbruck service on 02 December 2017, with A319 from Air Berlin.

Eurowings to launch A320 service from Birmingham to Berlin from 01 December to 07 January 2018. With Air Berlin aircraft?
André
ex Sabena #26567
Top

Eurowings to introduce services between Munich and Pristina in 2018, with A320.
André
ex Sabena #26567
Top