On 11 and 12 July 2018, an extraordinary NATO meeting is scheduled in Brussels. Fifty-five delegations, including 29 heads of State and Government will attend the meeting. U.S. President Donald Trump is expected to arrive on Tuesday evening/night with his “Air Force One“. Last Friday, a “Marine One” Sikorsky VH-3D Sea King already performed a test flight above Brussels.

* unconfirmed, please follow our forum-topic on the NATO summit.

The White House already had announced plans for Trump to visit the U.K. on 13 July, the following day. He will spend the weekend at one of his properties in Scotland before heading to Helsinki for a meeting with Russian President Vladimir Putin on 16 July.

Marine One doing the test flight over my office for #Trump visit for the #NATOSummit in #Brussels next week! pic.twitter.com/OBegVtVcKp 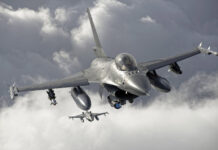