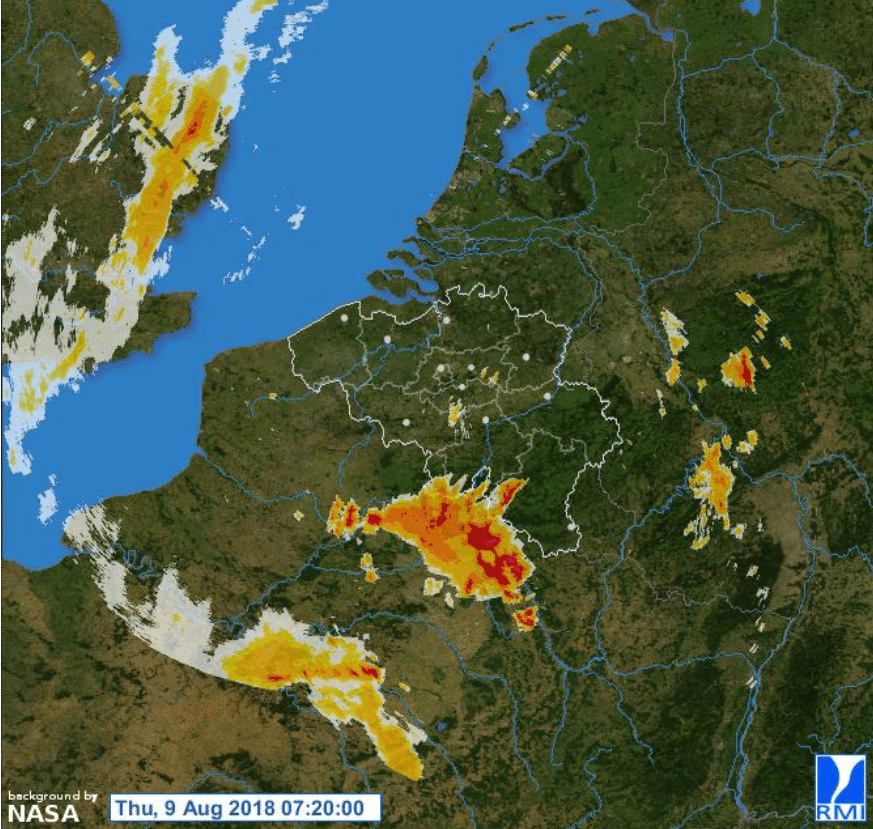 This afternoon a stormy weather system will pass over large parts of Western Europe, air traffic disruptions may occur in the following countries: The Netherlands, France, Germany, Switzerland and Belgium.

Wind gust is a sudden, brief increase in speed of the wind. According to U.S. weather observing practice, gusts are reported when the peak wind speed reaches at least 16 knots and the variation in wind speed between the peaks and lulls is at least 9 knots. The duration of a gust is usually less than 20 seconds.