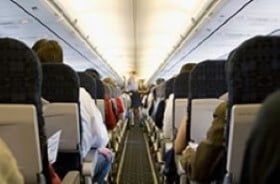 The International Air Transport Association (IATA) announced global passenger traffic data for February 2020 showing that demand (measured in total revenue passenger kilometres or RPKs) fell 14.1% compared to February 2019. This was the steepest decline in traffic since 9.11 and reflected collapsing domestic travel in China and sharply falling international demand to/from and within the Asia-Pacific region, owing to the spreading COVID-19 virus and government-imposed travel restrictions. February capacity (available seat kilometres or ASKs) fell 8.7% as airlines scrambled to trim capacity in line with plunging traffic, and load factor fell 4.8 percentage points to 75.9%.

“Airlines were hit by a sledgehammer called COVID-19 in February. Borders were closed in an effort to stop the spread of the virus. And the impact on aviation has left airlines with little to do except cut costs and take emergency measures in an attempt to survive in these extraordinary circumstances. The 14.1% global fall in demand is severe, but for carriers in Asia-Pacific, the drop was 41%. And it has only grown worse. Without a doubt this is the biggest crisis that the industry has ever faced,” said Alexandre de Juniac, IATA’s Director General and CEO.

February international passenger demand fell 10.1% compared to February 2019, the worst outcome since the 2003 SARS outbreak and a reversal from the 2.6% traffic increase recorded in January. Europe and the Middle East were the only regions to see a year-over-year traffic rise. Capacity fell 5.0%, and load factor plunged 4.2 percentage points to 75.3%.

European carriers’ February demand was virtually flat compared to a year ago (+0.2%), the region’s weakest performance in a decade. The slowdown was driven by routes to/from Asia, where the growth rate slowed by 25 percentage points in February, versus January. Demand in markets within Europe performed solidly despite some initial flight suspensions on the routes to/from Italy. However, March data will reflect the impact of the spread of the virus across Europe and the related disruptions to travel. February capacity rose 0.7%, and load factor slipped 0.4 percentage point to 82.0%, which was the highest among regions.

Middle Eastern airlines posted a 1.6% traffic increase in February, a slowdown from the 5.3% year-over-year growth reported in January largely owing to a slowdown on Middle East-Asia-Pacific routes. Capacity increased by 1.3%, and load factor edged up 0.2 percentage point to 72.6%.

Latin American airlines experienced a 0.4% demand drop in February compared to the same month last year. This actually was an improvement over the 3.5% decline recorded in January. However, the spread of the virus and resulting travel restrictions will be reflected in March results. Capacity also fell 0.4% and load factor was flat compared to February 2019 at 81.3%.

African airlines’ traffic slipped 1.1% in February, versus a 5.6% traffic increase recorded in January and the weakest outcome since 2015. The decline was driven by around a 35% year-on-year traffic fall in the Africa-Asia market. Capacity rose 4.8%, however, and load factor sagged 3.9 percentage points to 65.7%, lowest among regions.

Demand for domestic travel dropped 20.9% in February compared to February 2019, as Chinese domestic market collapsed in the face of the government lockdown. Domestic capacity fell 15.1% and load factor dropped 5.6 percentage points to 77.0%.

Chinese airlines’ domestic traffic fell 83.6% in February, the worst outcome since IATA began tracking the market in 2000. With the easing of some restrictions on internal travel in March, domestic demand is showing some tentative signs of improvement.

US airlines enjoyed one of their strongest months in February, as domestic traffic jumped 10.1%. Demand fell toward the end of the month, however, with the full impact of COVID-19 expected to show in March results.

“This is aviation’s darkest hour and it is difficult to see a sunrise ahead unless governments do more to support the industry through this unprecedented global crisis. We are grateful to those that have stepped up with relief measures, but many more need to do so. Our most recent analysis shows that airlines may burn through $61 billion of their cash reserves during the second quarter ending 30 June 2020. This includes $35 billion in sold-but-unused tickets as a result of massive flight cancellations owing to government-imposed travel restrictions. We welcome the actions of those regulators who have relaxed rules so as to permit airlines to issue travel vouchers in lieu of refunds for unused tickets; and we urge others to do the same. Air transport will play a much-needed role in supporting the inevitable recovery. But without additional government action today, the industry will not be in a position to help when skies are brighter tomorrow,” said de Juniac. 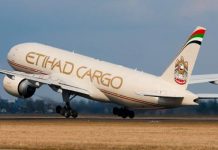