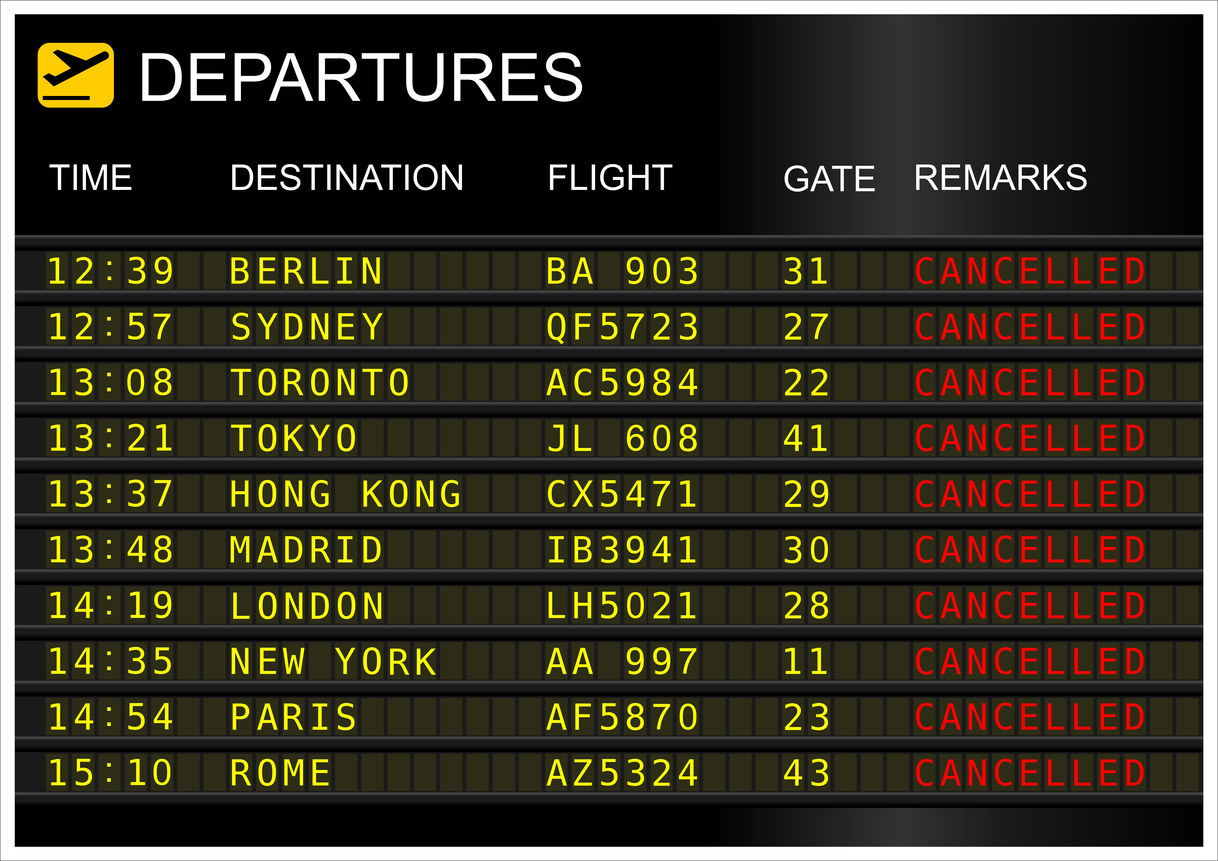 At least 1,000 flight cancellations and heavy delays may be the result of the latest ATC strike in Europe. In particular, control centres at airports in Paris (Charles de Gaulle & Orly), Beauvais, Lyon, Nice, Marseille, Toulouse, Bordeaux and Nantes have been on strike since Monday evening. The Direction Générale de l’Aviation Civile (DGAC) requested airlines to reduce their flight offerings in France by 30%, but also services overflying France will be affected. The strike will continue until Wednesday morning.

“The impact of the seventh strike day in France this year will be quite significant: airlines have been forced to reduce their flight programme by a third. We expect to see escalating delays throughout the day, forcing airlines to cut back on their flight programme even further. Given France’s its geographical location, ATC strikes in France and the reduction of capacity in French airspace considerably penalises passengers throughout the continent,” said Thomas Reynaert, Managing Director of A4E.

Studies for the European Commission (Ricardo & York Aviation, 2016) and for A4E (PwC, 2016) revealed that seven out of ten European ATC strikes since 2005 have taken place in France. During the same period, France accounted for 252 strike days while 15 other EU countries have not experienced any ATC strike at all.

“Two?thirds of all European ATC strike days are taking place in France – French controllers are on strike 24 days, annually. The European economy, its tourism and trade sectors pay a high price for French ATC strikes, namely EUR 1.4 billion per year. We have no intention to question the fundamental right of workers to defend their interest, but we call on the French government to improve the situation. Solutions such as a compulsory 72 hours individual notification of participation in a strike, the protection of overflights while not at expense of the country where the strike originates, or an improved continuity of service have been identified. The French authorities now need to take action,” added Reynaert.

A4E also calls for a better social dialogue and an upper airspace evolution away from geographical dependency enabling European passengers to make uninterrupted journeys throughout the continent. On 8 June 2017, the European Commission adopted a Communication which notably encourages EU governments and stakeholders to apply practices with a view to improving service continuity in air traffic management. These include the promotion of an efficient social dialogue, the provision of individual notification of participation to industrial action and the preservation of overflights. Since 2010 ATC strikes have cost €12 billion to the EU economy, associated with more than 140,000 jobs.