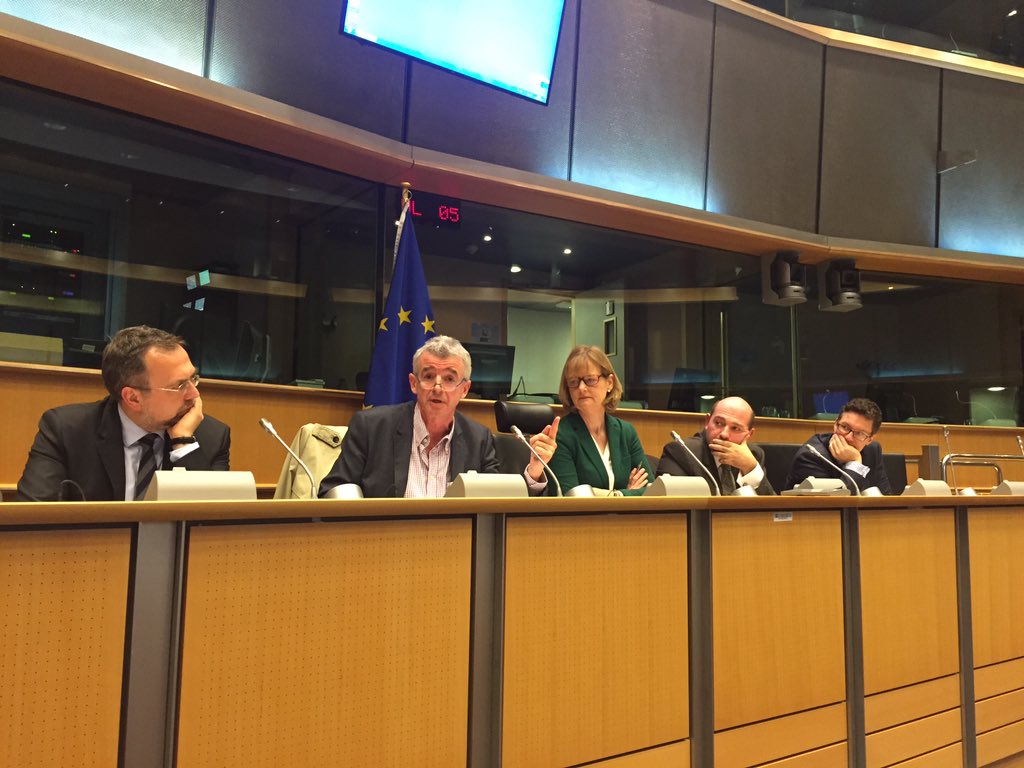 MEP Deirdre Clune, Irish member of the European Parliament`s Committee on Transport and Tourism, said: „A competitive and efficient aviation industry in Europe will play a crucial role in driving economic growth, jobs and trade. We desperately need reform in the industry to ensure it remains competitive in an increasingly globalised market. I hope that the Commissions Aviation Strategy will bring us closer to introducing that reform.“

On behalf of A4E, Michael O’Leary, CEO of Ryanair, addressed the main subjects of the new association during a meeting with MEPs, EU officials and economists at the European Parliament. A4E agrees that the new EU Aviation Strategy offers a unique opportunity to improve competitiveness of EU airlines. But, to deliver change A4E calls for an action plan to reduce disruption during ATC strikes and insists that measures which stimulate growth by lowering airport charges are vital alongside removing unreasonable taxes.

Commenting on overpriced airport charges Michael O’Leary said: “The reality is that in the last ten years, airport charges rose by 90 per cent at the 10 largest European airports while airline fares dropped 20 per cent over the same period. While airlines have reduced their fares, EU passengers continue to be fleeced by excessive airport charges. It’s in consumers’ interest to benefit from lower EU airport costs and A4E will continue to campaign for the effective regulation of monopoly airports on behalf of European passengers.”