During their meeting in Brussels which began on 6 December 2022, European negotiators agreed on a reform of the carbon market for aviation (“ETS in Aviation”). This reform is part of the broader “Fit for 55” package of climate proposals currently making their way through the EU’s legislative process.

The decarbonisation of aviation is a global challenge. The deal reached today on the scope of the ETS shows that work towards an effective global carbon price for aviation has only started. This will build on the outcome of the 41st Triennial International Civil Aviation Organisation (ICAO) Assembly in October 2022.

We must not forget that airlines have been paying for their emissions through the EU ETS since 2012. The cost of compliance for the ETS is likely to have increased five times in size by 2025 to over EUR 5 billion annually.

A4E is extremely disappointed about the decision to phase out free ETS allowances currently granted to airlines by 2026. This is well before truly effective decarbonisation solutions will be available at the scale needed for them to be effective.

A4E welcomes the decision to better support decarbonisation in civil aviation. The creation of a novel system of sustainable aviation fuel (SAF) allowances to help stimulate the rapid deployment of SAF and the earmarking of allowances under the Innovation Fund of the ETS are welcome. They will help lower the cost of the energy transition for airlines and give Europe a unique opportunity to become the leader in green aviation.

The future competitiveness of European aviation and the European SAF industry is clearly at stake. In a globally competitive environment where countries, such as the US through the Inflation Reduction Act (IRA), are willing to use public funds to incentivise the use and production of clean energies, it is essential that Europe finds the optimum level of incentives in order to maintain a level playing field. It is therefore crucial that the review of the Carbon Border Adjustment Mechanism (CBAM) in 2027 considers the impact of policies such as the EU ETS on air transport services.

Ryanair today (7 Dec) condemned the EU Commission’s failure to support the vote of the European Parliament to extend ETS (enviro taxes) onto long-haul flights which account for over 54% of EU aviation emissions but deliver just 6% of EU passengers. As a result of this indefensible exemption for the richest passengers flying to/from the EU, it is Europe’s short-haul passengers who will continue to pay an unfair burden of 100% ETS, while generating less than half of EU aviation emissions.

“Yet again the Commission led by Ursula von der Leyen has abandoned the environment and Europe’s ordinary families. The Commission’s failure to support the Parliament vote means that Europe’s most polluting flights (long-haul and transfer passengers) which create the majority of EU aviation emissions, will continue to be exempt from paying their fair share of ETS taxes. While the richest Americans, Europeans, and Asians on long-haul flights pay zero enviro taxes, Europe’s most price-sensitive passengers and their families travelling on short-haul flights, many to the peripheral Member States such as Ireland, Portugal, Spain, Greece, Malta, and Cyprus, and who have NO ALTERNATIVE to flying, are forced to pay all of Europe’s ETS taxes, while they generate less than half of EU aviation emissions. This is clearly unfair. 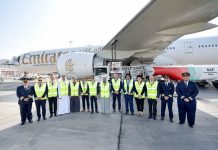 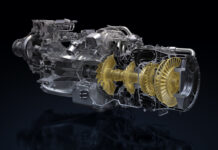