A delegation of AEA CEOs met with EU Transport Commissioner Violeta Bulc to discuss the Aviation Strategy for Europe.

During the meeting the CEOs expressed their appreciation for the long-awaited strategy, which is the result of a year’s work by the Commission. AEA welcomes  the  fact that the strategy  focuses  on  aviation’s significant  contribution to  Europe’s economy, mobility, growth & innovation  but  stresses that  the  Commission  must now  move forward with concrete and ambitious actions.

“During our meeting we thanked the Commissioner for her hard work on the Aviation Strategy for Europe initiative”, says AEA’s CEO Athar Husain Khan. “When drafting the new Aviation Policy the Commission focused on opportunities and recognised the challenges European airlines are facing. Now it is important to move forward and turn the proposals into concrete, ambitious actions.”

The AEA delegation highlighted the need to further decrease regulatory burdens, improve infrastructure and capacity, both at airports and in the air, and create more competition between service providers through liberalisation.  Furthermore, in order for European airlines to remain competitive at global level, it is essential that Europe should focus on a regulatory framework which promotes its values and standards, provides opportunities and prevents distortions of competition.

AEA has been calling for an integrated EU aviation strategy since 2013.  This request was picked-up by the President of the European Commission, Jean-Claude Juncker, soon after he took office in late 2014. Since then AEA has been actively contributing to the Aviation Strategy by formulating policy positions, participating in hearings and debates and meeting with key decision makers and stakeholders. “This is a crucial moment for the European airline industry as it is now being recognized as a priority by the EU institutions”, says Athar Husain Khan. “AEA will continue to engage with the  Commission  and  the European decision makers to promote concrete solutions to the challenges of European airlines.” Last but not least, AEA and Commissioner Bulc agreed that a solution to the Gibraltar issue, which is currently blocking several aviation related files, is urgently needed. 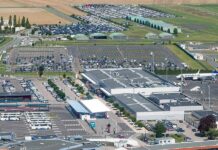 European Commission approves French measures in favour of Beauvais and La Rochelle airports, but orders recovery of EUR 8.5 million in aid from Ryanair... 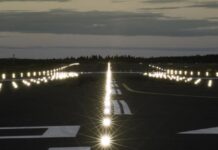