The accident took place shortly after the charter flight took off from Punta Islita for San Jose, say reports. Solis says authorities received the first alert of the crash at 12:13.

Photos posted by Costa Rica’s public security ministry show the burning wreckage of the Caravan in a wooded area, with only parts of the aircraft’s wing and tail still intact 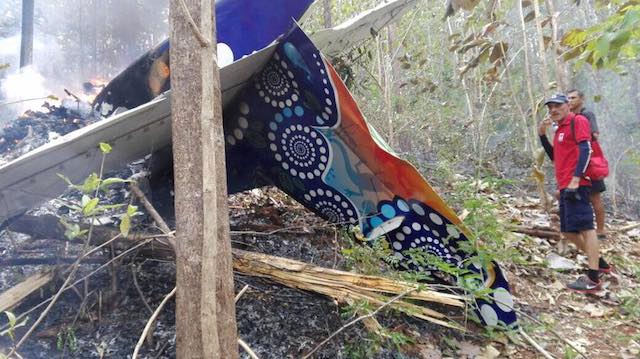 The Grand Caravan was built in 2001 and registered TI-BEI.