Other similar flights were reported in the previous days, which led some websites (including flightlevel.be) to conclude that Cityjet was operating flights for Ryanair with a Superjet 100 in Brussels Airlines colours. 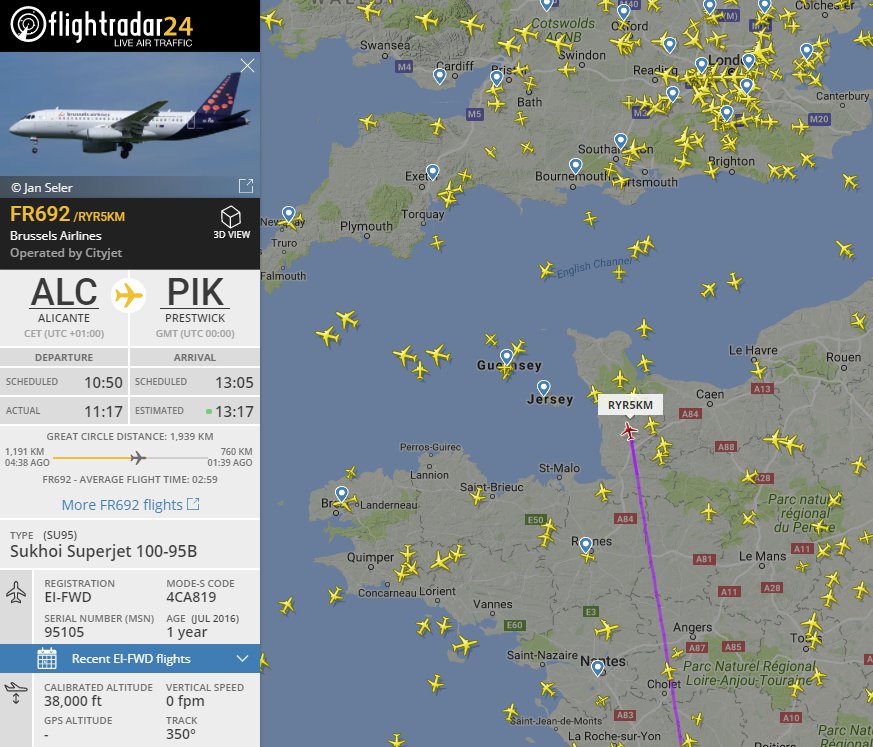 Flightradar24 corrected the information on Twitter by explaining the bug.

The aircraft in the screenshot is actually a Ryanair Boeing 737-800 aircraft (EI-EKR) with transponder code 4CAA19, that on some flights is using the transponder code 4CA819 (with only one different character) which belongs to a Brussels Airlines Sukhoi Superjet (EI-FWD).

Here is a list of the eight Ryanair flights (so far!) erroneously reported as operated by Cityjet aircraft EI-FWD: