An ambulance helicopter went down a little too fast when landing at Fiskö, on Åland island. Four people are taken to the hospital by the border guard’s Superpuma helicopter.

Four people have been taken to Mariehamn Central Hospital by the border guard’s Superpuma helicopter.

Babcock Scandinavian AirAmbulance is the operator of the ambulance helicopter.  “The helicopter landed as normal, but then slipped into a building. Damage to the rotor has been confirmed. The three in the crew are followed up by the company. The authorities have been notified and Babcock will assist the authorities in their further investigations into the matter,” the company wrote in a press release.

As a result, the rotor blades sustained some damage and the three in the crew will receive the necessary medical follow-up.

A witness on Fiskö heard that the helicopter came and drove around several times and was about to land. The helicopter had landed and then slipped away a bit and into an outhouse. The rotor blades had taken in and the helicopter was damaged, the witness explains.

“The pilot survived, but the nurse had been injured and did not want to get out of the helicopter,” the witness says. 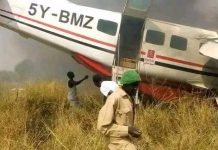 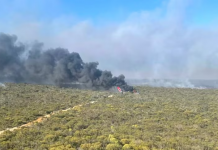 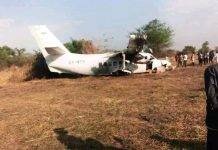