On a sunny but cold 26 December, Alan Meloy from Yorkshire was standing outside when he spotted an aircraft in the blue skies. Alan took his camera with telephoto lens and started taking a few shots from the aircraft, not knowing it was actually Air Force One on a secret mission: U.S. President Donald Trump and his wife Melania Trump were flying over Europe on their way to Iraq for a surprise visit to the U.S. Troops.

Twitter-account CivMilAir noticed the pictures Alan uploaded on Flickr and retweeted the shots with a comment: “Now, I’m not saying Trump is currently heading to the Middle East to visit troops. BUT… There’s been some interesting aircraft movements the last couple of days. Some I’ve already tweeted… And a VC-25A has been reported over the UK earlier today.”

The news quickly went viral and the secret mission was suddenly no longer a secret. According to The Guardian, The White House was forced to reveal details of the trip ahead of time, throwing media management and security plans into chaos. How a plane spotter discovered a presidential trip to a conflict area that actually had to remain “top secret”.

Reported over the UK earlier today. Callsign & unknown hex confirmed on my own receiver logs. 👇 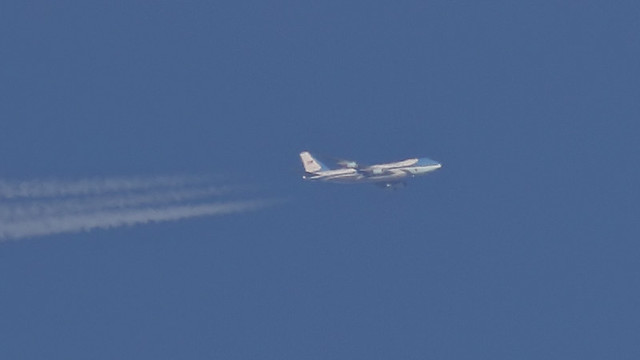 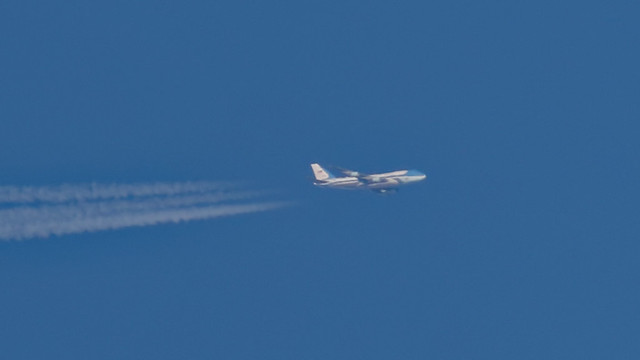 52 Air Force F-35A aircraft from the 388th and 428th Fighter Wings symbolically form up in an “elephant walk” exercise at Hill Air Force...