China launched extensive military manoeuvres this Thursday at noon in several sea and air spaces around Taiwan, in response to Nancy Pelosi’s visit to the island. As a security measure, it prohibited ships and planes from entering the areas concerned until Sunday noon.

Disruptions are therefore expected in the air traffic concerned, with aircraft having to take alternative routes.

Faced with such a situation, Asiana Airlines today advanced the departure of one of its aircraft connecting Incheon to the city of Taoyuan in Taiwan by three hours. The carrier also cancelled direct flights between Incheon and the island, scheduled for tomorrow.

Korean Air has also decided to stop direct connections between the two capitals on Friday and Saturday. 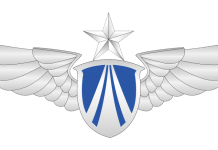