In June 2019 the D-Day Invasion will be the 75th commemoration. It will most probably be the very last large commemoration of this historical day. The Event will feature plenty of aircraft. The Project ‘DAKS over Normandy’ is fulfilling this goal. Indeed : “From 2 to 9 June 2019 over thirty DC-3/C-47’s will come together. Their owners and operators fly them in from all over the Globe. From Scandinavia, The Netherlands and the rest of Europe, from Canada and the United States and even from as far away as Australia. All for what may well prove the very last time. Just so everyone can watch paratroopers jump over Normandy once more and admire these wonderful aircraft on the ground and in the air, where they belong.”

Talking to the Owners of the Dakota “Betsy Biscuit Bomber” (see interview below), the history of the aircraft quickly came up in the conversation. Indeed, “Betsy Biscuit Bomber” has served in the Belgian Air Force. Very little was known on this period and pictures are scarce. We grabbed the information available onsite and decided to pay a visit to the Dakota 15th Wing Documentation Center in Brussels.

According to the archives, it appears that the Belgian Air Force did receive 17 Dakota in 1946 (it was ‘cheaper’ to lease them to local Air Force rather than sending them back right away to the US. These Dakota therefore had a further European and more history.

She first joined the 169th Wing-367 Sqn with call sign L-CW then got in 1947 a overhaul Fairey in Gosselies. Then joined the 15th Wing-21 Sqn under call sign OT-CWF.

A Big thank you to the Staff at the Dakota 15th Wing Documentation Center for their warm welcome and their support in this archiving quest.

If you have and/or your family would have any documentation on the Belgian Air Force (archives from the past etc), do not throw anything away and take contact with the Documentation Center.

In January 25th, 1967 she joined the Israël Air Force as you can we can still see on actual aircraft (see the picture).

The plane was sold to the Israeli Air Force under contract 52000 / DCMAA / MA signed on January 2, 1967 and arrived in Israel on the 25th of that month. Received the tail number 016 and the 4X-FNN flight signal for international flights and was operated by the international squadron. When the Dakota squadron was established on June 1, 1971, the plane moved to this squadron. (*)

The plane was destroyed on December 6, 1993, with 9,357 flight hours and 6,830 arrivals. Was sold to Global AirCraft Industries Inc. and flown to Canada on August 16, 2001 in the route that passed through Malta carrying the American registration mark N47SJ. When it was about 200 miles from Malta, engine problems began to develop. The plane landed on track 32 in the Lucca field in Malta with a right-hand engine paralyzed due to a fuel system malfunction and with fuel tanks only 2 minutes away. The problem was corrected and he left on August 18 at 07:00. Landed in Aberdeen in Scotland that day, and the next day took off on his way to Canada. (*)

In March 2019, we were fortunate to meet and greet the DAK onsite at the Santa Maria Airport, California (USA) where the aircraft was getting ready for her forthcoming adventures.

“Betsy Biscuit Bomber” is getting some fixes (see picture) and paint update.

At the time of visit, “Betsy Biscuit Bomber” was also getting ready to welcome an additional tank in order to enable the crossing towards Europe (see picture).

To shed some light on this amazing journey, we reached out to the Owners :

(Aviation 24) Hi, Could you introduce yourself and your team in a nutshell ? Who are you ? what made you fly and embrace this C-47 journey ?

(Betsy Biscuit Bomber) Our organization- Gooney Bird Group, Inc.- is a 501c3 corporation that was formed to own and operate this C-47, N47SJ. We’re an organization of volunteers with varied backgrounds; including military and airline pilots, winemakers, aviation maintenance professionals, engineers, and business people. Some of our members have prior military service, but not all.

We chose to fly this trip because we love sharing our airplane with people; and taking the airplane back over to Europe where it not only served as a US Army Air Corps airplane, but also in the French and Belgium military gave us a unique opportunity to show the airplane that a new group of people.

Team Intro- Here are the crew members planning to make the Europe trip:

(Aviation 24) How did your organisation got onboard the DAK over Normandy Project ? Can you tell us a bit more regarding your whereabouts ? How will ýour aircraft fit into the big picture ? What is planned ?

(Betsy Biscuit Bomber) Our airplane is based in Paso Robles, CA; which is on the central coast of California- halfway been Los Angeles and San Francisco. We mostly travel to California air shows, but have done some longers treks. In 2017, we were invited to participate in the “Thunder over Michigan” air show. While there participating in a large reenactment paratrooper drop, we were introduced to the crew of Placid Lassie and the Tunison Foundation. They’re the group that spearheaded “D-Day Squadron”, which is an organization that is handling many of the logistical issues associated with the trip. The Tunison Foundation explained to us their goal, and invited us to join them.

Due to the unique history of our airplane (notably no civilian service- passenger or freight- prior to our ownership, our airplane is one of the most original examples of a military C-47 around. Our airplane was recently repainted with full Normandy invasion stripes because we are slated to be involved in the first flight of aircraft over the French beaches for the commemoration events. There are a number of events planned that include re-enactment paratroopers jumping out of the fleet of C-47s, and we are expected to be at the front of the group due to our authenticity.

(Aviation 24) What is the purpose of your participation ?

(Betsy Biscuit Bomber) Our purpose is to provide the younger generations of Europeans, as well as visiting American, a view into the incredible determination, dedication, and sacrifice that was put forth from the Allied forces in 1944; while we still have a dwindling opportunity to express our gratitude to the veterans that were involved.

(Aviation 24) What are your expectations ?

(Betsy Biscuit Bomber) We hope to have a well running airplane that will allow us to display for hundreds of thousands of people in England, France, Germany, and any other stops we are able to work into our trip.

(Betsy Biscuit Bomber) Our C-47 was delivered to the US Army Air Corps in April of 1944, and entered the European Theatre in September (Our aircraft missed D-Day, but was involved in the European Theatre for the rest fo the war). After the war, the airplane was loaned to the Belgian Air Force from 1946-1952. From Belgium it went to the French Air Force, then the Israeli Air Force. It served with the Israeli Air Force until 1999, when an aircraft collector bought a batch of C-47s from the Israelis and relocate them to Canada. We acquired and flew the airplane home to California in 2007. We’ve been operating the airplane on the air show circuit since 2009.

Our airplane is unique due to the amount of original equipment that is still present in the airplane. Since it never served in civilian service, many of the military accoutrements were never removed from the airplane. Our airplane is also one of the lowest time C-47 airframes in the world at only about 9700 hours of total airframe time.

(Aviation 24) What are the main challenges to overcome ? How can our readers and the grand public support you ?

(Betsy Biscuit Bomber) Our primary current challenge is just the financial burden that come with moving a 70+ year old airplane across an ocean from one continent to another. We’ve spent a lot of time, money, and energy to get the airplane as well prepped as we can for the trip. We still have significant expenditures in the form of fuel, completing our spare parts cache, and fees/insurance for the trip. We have a website and Facebook page that both have links to our Paypal account to allow people to donate money to us. 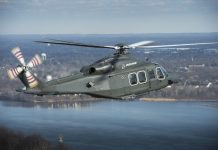