By a cold but sunny afternoon, thus Friday, March 5th 2021 was no ordinary day. Indeed, on that day, one of the Belgian Air Component F-16 pilots passed the milestone of 5,000 flight hours. Tiger Tiger Tiger! We gathered on this day to seize the moment and join ‘Vrieske’ in this historic step. We reached out to ‘Vrieske’ to find out his state of mind on this particular day.

‘Vrieske’, like the portray we have of ICEMAN, was all calm and already in the mission mindset. He claimed that even if passing this symbolic threshold of 5,000 flight hours, it was an ‘ordinary day’ at the ‘office’. The only difference for this mission is that he had the opportunity to choose its specifications. The Team was indeed planned for a sortie, a training exercise above the Belgian Ardennes.

F-16 FA-126 on the Flight Line, awaiting her pilot for the next mission.

ComOpsAir IPR reported: “During an operational training flight scheduled for Friday, March  5th 2021 in the afternoon, the aviator senior captain Steven DE VRIES, call sign: “VRIESKE”, has reached the milestone of 5,000 flight hours on F-16. He became the first Belgian Air Force pilot and the first European pilot to join the “Select club of F-16 pilots” who have completed 5,000 flight hours. In the world, only five American pilots preceded him.”

ComOpsAir IPR highlighted these key facts: “Steven DE VRIES is 48 years old and has been a member of the Belgian Air Force since 1990. After training as an F-16 fighter pilot in the “Operational Conversion Unit” training unit, he began his operational career in 1995 with the former 23 “Devil” squadron at Kleine-Brogel (EBBL). There he reached the milestone of “1,000 flight hours on the “Viper”. When this squadron was dissolved in 2002, “VRIESKE” moved to the 31st “Tiger” squadron where he successively reached the objectives of 2,000, 3,000, 4,000 and finally 5,000 flight hours on F-16.

Quite an impressive feature: these 5,000 flight hours of F-16 were accumulated both during operational training missions and operational deployments.

Thanks to its years of experience and expertise on F-16, Belgium has the most experienced pilots in the world on this aircraft.”

We reached out to Base Commander Colonel Jeroen Poesen for more insights on this Celebration Day. To the question where ‘Vrieske’ has been deployed over these 5,000 flight hours, Colonel Poesen replied smartly by telling us ‘I would rather have wondered where are the places ‘Vrieske’ hasn’t been to. ‘Vrieske’ has a unique career as he spent all his time in operational squadrons, unlike other pilots who have followed different paths. However, despite this important threshold – a European First as the first Belgian and European pilot to pass 5,000 flight hours – I must highlight that all our pilots and personnel are doing an amazing job at all times, providing all aspects and skills to successfully deliver the missions assigned to us. Today’s celebration is the faire valoir of the whole Belgian Air Component. We are very proud.”

More footage from the startup procedure and apron departure. 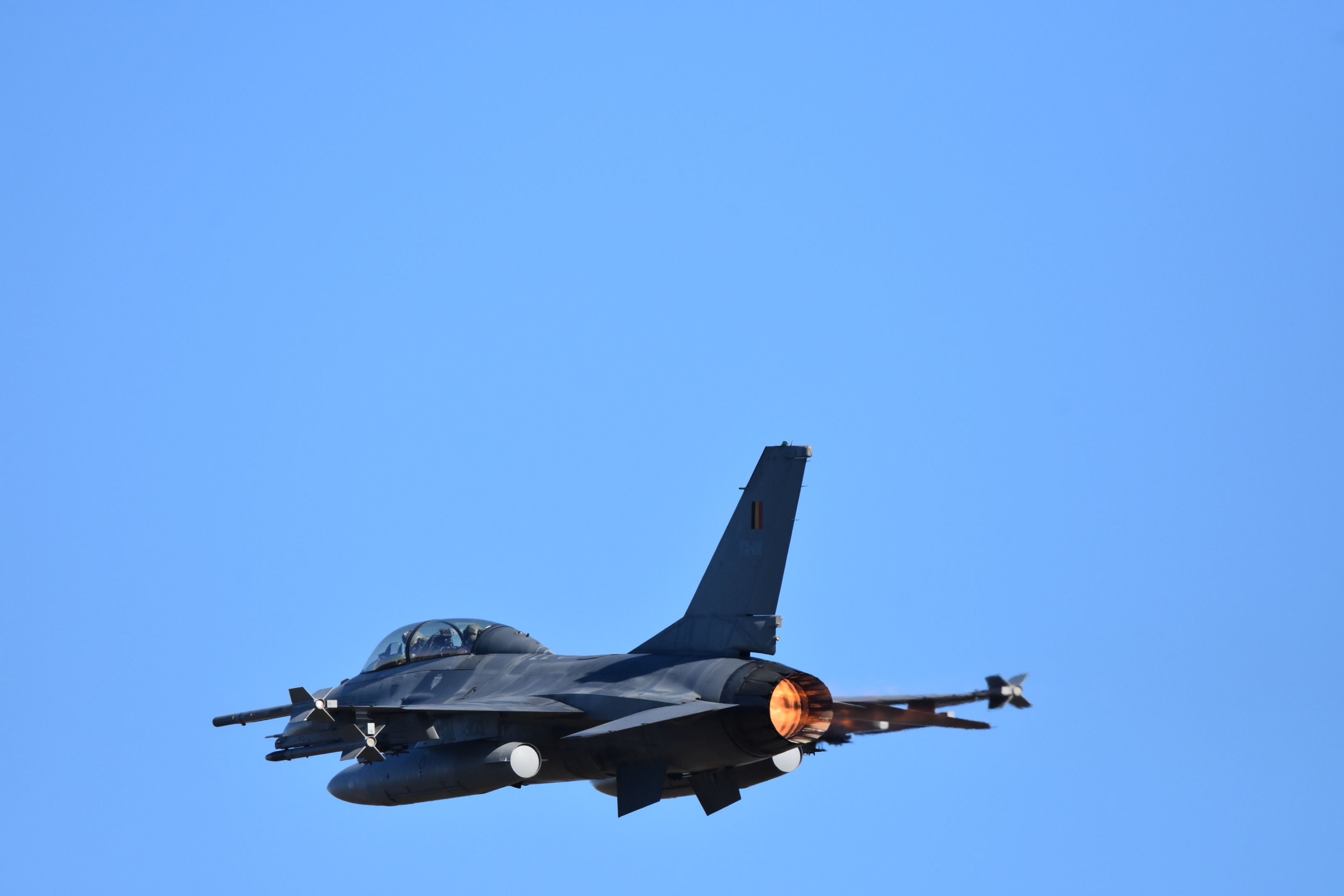 It’s all about TeamWork. In this Celebration Day, we must also highlight the great company ‘Vrieske’ is in. Indeed three other pilots, holders of the greatest number of flight hours recorded in their “logbook” within the Air Force, accompany “VRIESKE” during his “record flight”. At four, they total more than 16,000 hours of flight time on F-16, which is also unique in the world. These four pilots are two pilots from Kleine-Brogel: “VRIESKE” and “MARIO” and two from the sister base of Florennes: “HARPIC” and “STEPH”.

A flyby was also witnessed to celebrate this moment and greet distinguished visitors and personnel on the ground.

Base Commander featuring Colonel Jeroen Poesen on stage, greeting the distinguished visitors and Staff for this Celebration day. Opening statement to highlight impeccable records of ‘Vrieske’, also instructor, was a quote from Top Gun sequel: ‘What he has to teach you, may very well mean the difference between life and death.”. This was an efficient kick-off of the Ceremony as ‘Vrieske’ next role will be as Instructor as ‘He is keen to pass on all this knowledge, experiences and skills to the next generation of pilots.’

Very humble ‘Vrieske’ summarising his experiences in the Belgian Air Force and ‘how fortunate’ he has been so far to work with such great colleagues and teams, such an environment along with the F-16. “It like a bag pack (read second skin) that I put on every day. Can’t live without it. Some will say 5,000 flight hours is not a lot compared to their own job and line of duty (Aviation24: 5,000 hours is roughly over 200 man-days at the office). However, you must know that every flying hour is the consolidation of Team Work and one to three days (if not more) or preparation.”

Closing the Celebration with a massive shout-out to the Team and the Squadron banner by shouting ‘TIGER TIGER TIGER’. 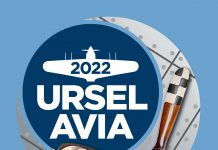