As a specialised stakeholder in the management and operation of private jets, ASL operates personal and charter flights in Europe. In conjunction with JetNetherlands, taken over in 2014, ASL has a fleet of 30 aircraft ranging from 4-seater to 30-seater jets.

Apart from operating private jets, the group also manages an aircraft maintenance centre (based in Rotterdam, the Netherlands), and recently an ATO training centre [1].  “ASL group wishes to develop its pilot training activity (ab-initio) as well as specific training related to the world of business aviation,” said Philippe Blockmans, Elite Pilot Training Centre Manager at ASL Group “It is with that aim that we have decided to invest in the Sonaca 200“.

The choice of the Sonaca 200

Several reasons have pushed ASL to opt for the Sonaca 200: “As a Belgian company, we wanted to acquire an aircraft which is locally produced by an internationally renowned aviation stakeholder. We finally chose the Sonaca 200 for its performance and equipment as well as its operational and maintenance costs (announced). After a detailed analysis of the product, it turned out that the Sonaca 200 met the current expectations of the (initial) pilot training sector“. 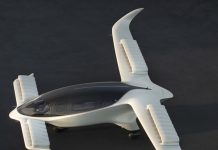 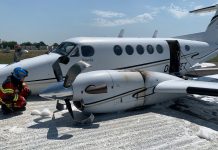