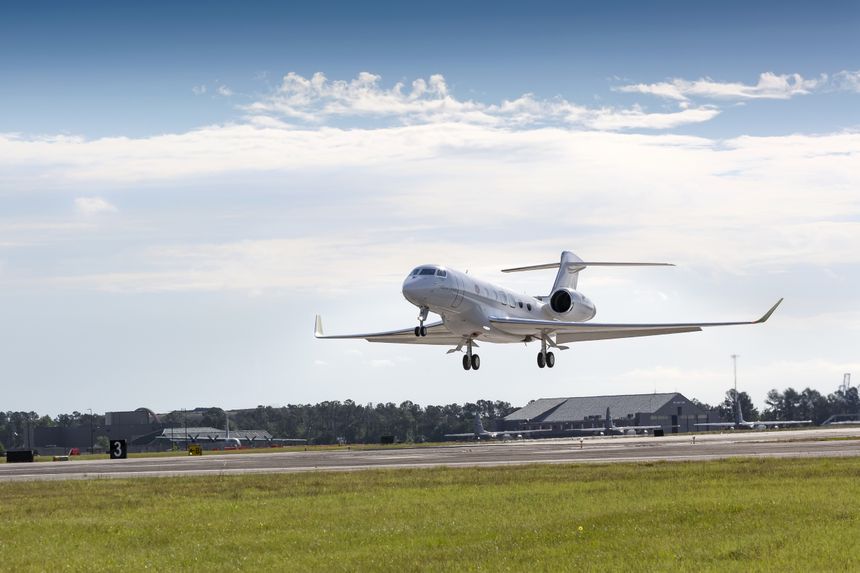 The G600 endurance flight was made by the program’s third test aircraft less than two weeks after its maiden voyage.

“A 13-hour endurance flight so soon after this test article’s first flight is strong evidence of the G600 program’s maturity and the aircraft’s capabilities,” said Dan Nale, senior vice president, Programs, Engineering and Test, Gulfstream. “This milestone is easily traced back to the work done in our ground-based laboratories before the G600 took to the air.”

Both of Gulfstream’s concurrent flight-test programs, the G500 and G600, continue to make steady progress as the aircraft move toward Federal Aviation Administration certification and entry into service in 2017 and 2018, respectively.

The three aircraft in the G600 program have amassed 460 flight hours and more than 100 flights. The third test aircraft’s initial flight on May 5 lasted 4 hours and 35 minutes. Two more test aircraft are scheduled to join the program. The first will be used to test avionics, automatic flight control systems and the fuel system, while the last test aircraft, the first fully outfitted G600, will test cabin systems and the production interior.

To date, the G500 program’s five flight-test aircraft have accumulated 2,9000 hours in the air and 745 flights. In mid-April, the fully outfitted G500 test article completed its longest flight thus far, 4,808 nautical miles/8,904 kilometers, while crossing the U.S. The flight, which was used to test the onboard satellite communications system, began in Savannah, extended out over the Pacific Ocean and returned to Savannah. The total flight time was 10 hours and 6 minutes.

“We continue to be very pleased with the performance of our flight-test programs,” Nale said. “Having the same team of engineers and Flight Test personnel work on both programs is extremely beneficial for us. Testing completed on the G500 directly benefits the G600 because of the programs’ similarity. As such, our efficiency continues to reach new heights and keeps us confidently on track for certification and entry into service.”