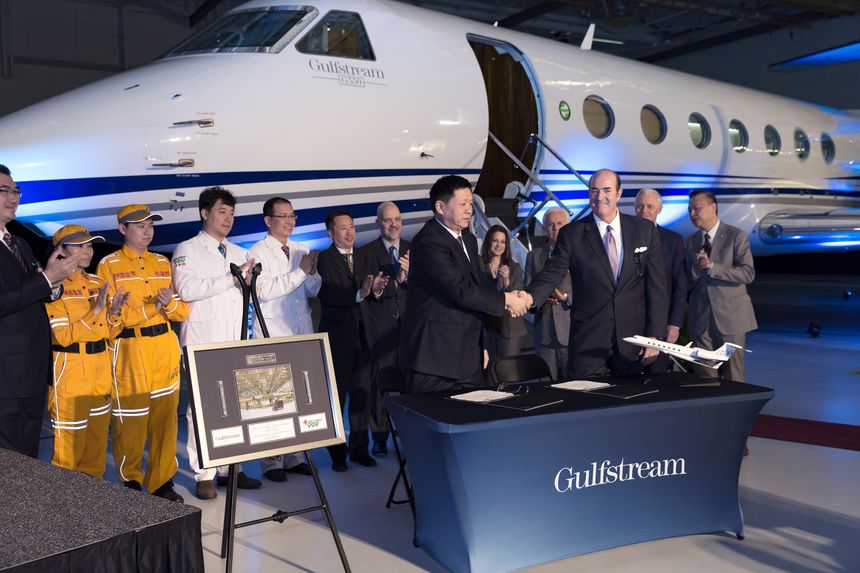 Gulfstream Aerospace Corp. today announced its Gulfstream G550 aircraft has been selected to launch state-of-the-art medevac services in Beijing. The Gulfstream aircraft will be outfitted with top-of-the-line medevac equipment in support of the Beijing Red Cross Emergency Medical Center.

“The G550’s tremendous performance, outstanding cabin environment and interior flexibility are ideal for medevac missions,” said Scott Neal, senior vice president, Worldwide Sales, Gulfstream. “We are committed to working with customers to deliver an aircraft that exceeds their requirements, and this uniquely tailored G550 is no exception. The aircraft’s customizable cabin will serve as an example for future programs.”

The Beijing Red Cross Emergency Medical Center was established in 2010 and currently has more than 1,000 employees. The Gulfstream G550 will join its fleet of two emergency medical services helicopters, a fixed-wing medevac aircraft and 300 ambulances.

Gulfstream continues to be a premier provider of aircraft supporting medical transport around the world.