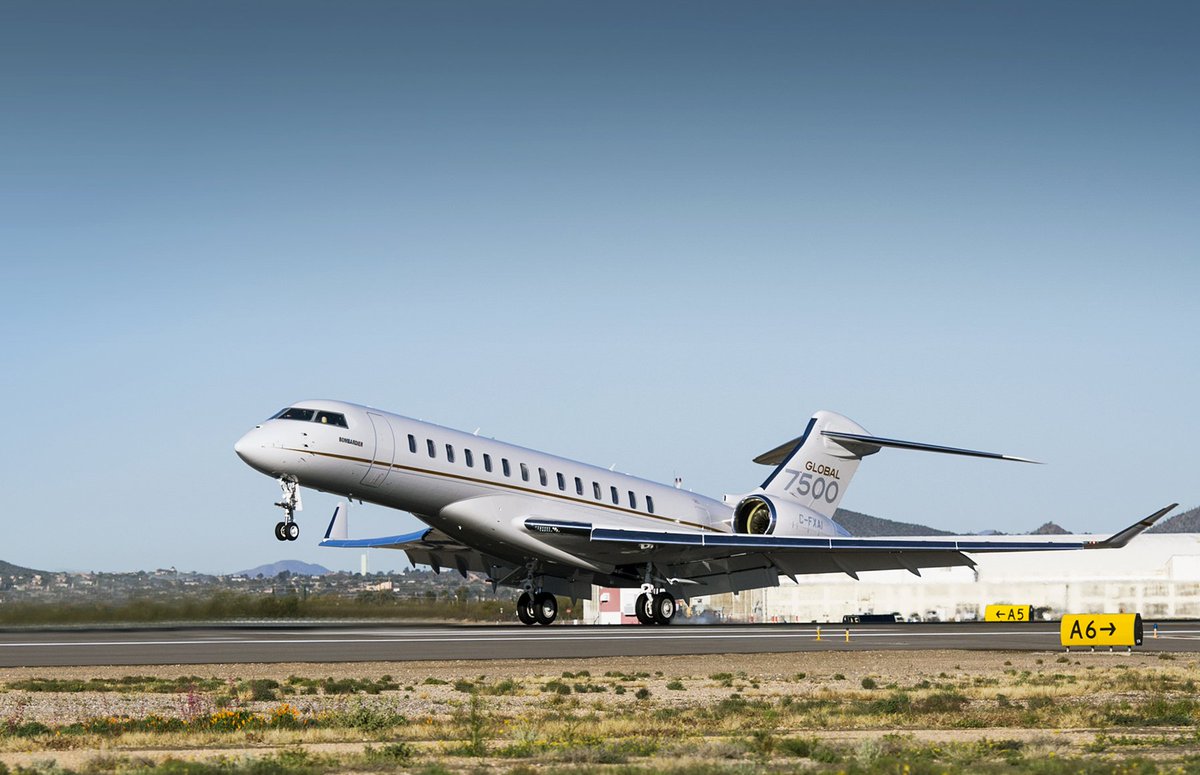 Bombardier is proud to announce that its Global 7500 aircraft, has once again demonstrated its ability to go the distance by completing the longest range business jet flight in history, successfully completing an 8,152-nautical-mile flight non-stop, pushing the boundaries of business travel.

“The Global 7500 aircraft was built to break all the records,” said David Coleal, President, Bombardier Business Aircraft. “It achieved the industry’s longest mission ever in business aviation after only two months in service. We’ve demonstrated its unequalled long-range and high-speed capabilities, but also its ability to break records confidently with healthy fuel reserves remaining, once again, confirming its unsurpassed performance to customers.”

Since its entry-into-service, the Global 7500 jet has emphatically proven itself to be the highest-performing aircraft in the industry and this record showcases the real-world capabilities of this impressive aircraft. With a top speed of Mach 0.925, the aircraft has unquestionably shown its ability to fly even further than any other business jet with its advertised range of 7,700 nautical miles. The achievement of a flight that reaches 8,152 nautical miles clearly demonstrates that the aircraft is the only business jet with the high-performance capabilities required for long flights. Providing access to these demanding, long-range routes is an invaluable resource for customers.

Over the last two months, the Global 7500 jet has demonstrated exceptional performance and reliability, this first aircraft has completed more than 170 hours of flying around the world.

The Global 7500 aircraft offers spaciousness that is unique among business jets, with its award-winning interior featuring a full-size kitchen and four true living spaces. The Global 7500 aircraft also debuts Bombardier’s patented Nuage seat, which was meticulously designed for maximum comfort and will be exclusive to the new Global family of aircraft.