In a staggering victory for Bombardier, the U.S. International Trade Commission voted 4-0 to reject Boeing’s claims that it suffered injury in the case, and discarded a Commerce Department recommendation to slap a near 300 percent duty on sales of the 110-to-130-seat CSeries jets for five years.

This vote comes as a surprise, as it was widely expected that the ITC would side with Boeing.

UK Prime Minister Theresa May was also satisfied with the decision: Bombardier has a large plant in Belfast, Northern Ireland. “I welcome this decision, which is good news for British industry. Bombardier and its innovative workforce play a vital role in the Northern Ireland economy.”

The United States International Trade Commission (USITC) today determined that a U.S. industry is not materially injured or threatened with material injury by reason of imports of 100- to 150-seat large civil aircraft from Canada that the U.S. Department of Commerce (Commerce) has determined are subsidized and sold at less than fair value.

As a result of the USITC’s negative determinations, no antidumping or countervailing duty orders will be issued.

The Commission’s public report 100- to 150-Seat Large Civil Aircraft from Canada (Investigation  Nos. 701-TA-578 and 731-TA-1368 (Final), USITC Publication 4759, February 2018) will contain the views of the Commission and information developed during the investigations.

The report will be available by March 2, 2018; when available, it may be accessed on the USITC website at: http://pubapps.usitc.gov/applications/publogs/qry_publication_loglist.asp.

Today’s decision is a victory for innovation, competition, and the rule of law. It is also a victory for U.S. airlines and the U.S. travelling public. The C Series is the most innovative and efficient new aircraft in a generation. Its development and production represent thousands of jobs in the United States, Canada, and the United Kingdom. We are extremely proud of our employees, investors and suppliers who have worked together to bring this remarkable aircraft to the market. With this matter behind us, we are moving full speed ahead with finalizing our partnership with Airbus. Integration planning is going well and we look forward to delivering the C Series to the U.S. market so that U.S. airlines and the U.S. flying public can enjoy the many benefits of this remarkable aircraft.

Boeing said it was disappointed that the Commission did not recognise “the harm that Boeing has suffered from the billions of dollars in illegal government subsidies that the Department of Commerce found Bombardier received and used to dump aircraft in the U.S. small single-aisle airplane market.”

“Delta is pleased by the ITC’s ruling rejecting Boeing’s anti-competitive attempt to deny U.S. airlines and the U.S. travelling public access to the state-of-the-art 110-seat CS100 aircraft when Boeing offers no viable alternative.” 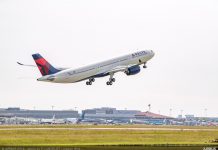 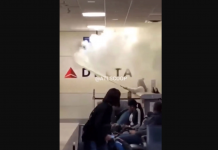 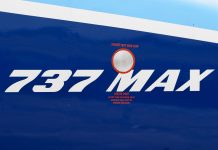