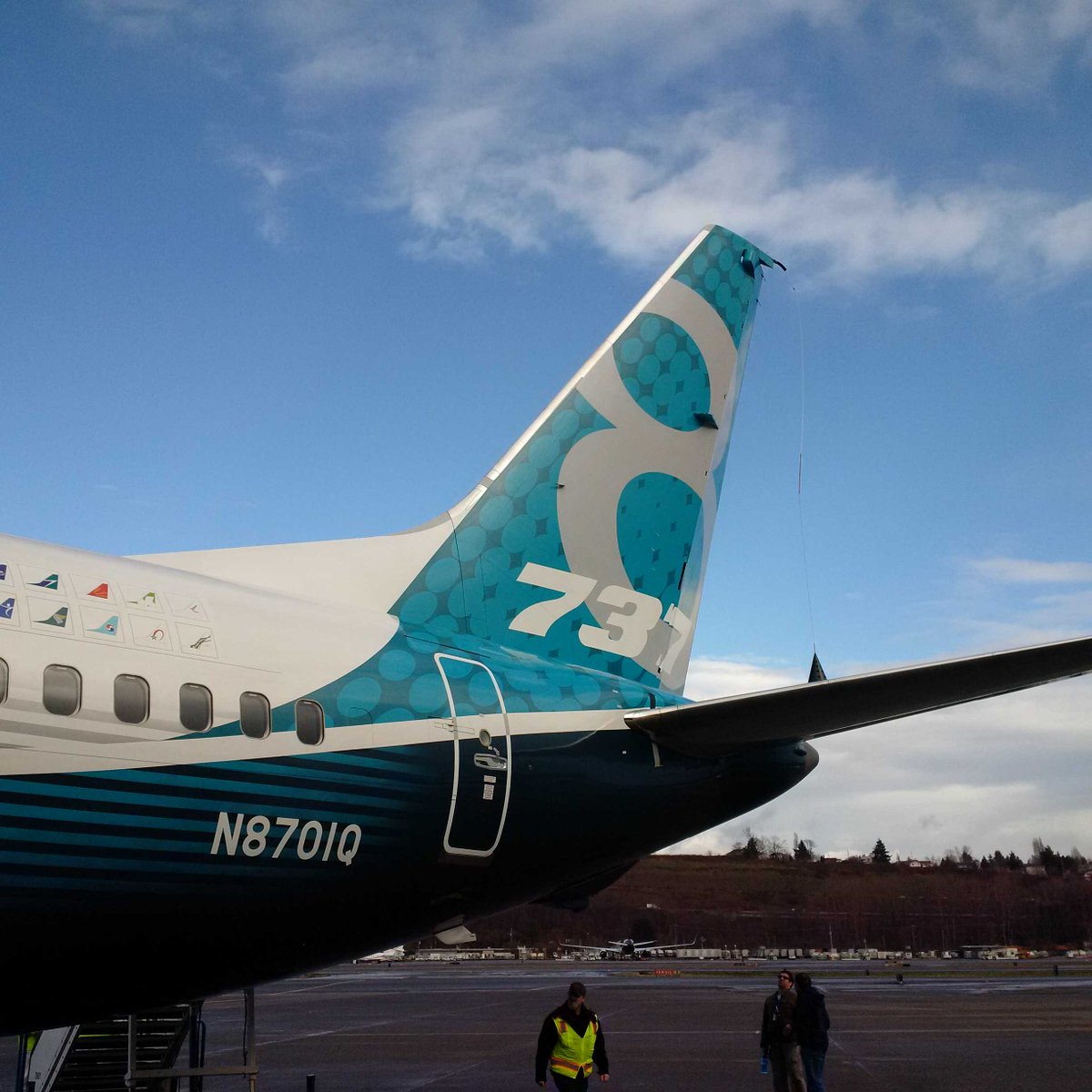 Taking off in the rain from the production plant in Renton (RTN, which has only a short single runway, which means that a plane leaving Renton never comes back) at 9:48 am local time on Jan. 29 , it made a perfect flight of 2 hours and 42 minutes before landing at Boeing’s Paine Field in Everett (BFI). Powered by two CFM-International LEAP-1B it reached underway a maximum altitude of 25,000 feet.

Boeing plans to add three more aircraft to the 737 MAX 8 flight test programme. Now comes one and a half years of tests and certification procedures before the first delivery to Southwest Airlines in mid-2017. Boeing plans to have 1A001 flying again as early as tomorrow (Saturday) afternoon.

Airbus congratulated Boeing for the achievement: “Congrats Boeing Airplanes on the 1st flight of the 737 MAX. Great to see the global Single Aisle fleet expanding with latest technology engines“. To which Boeing replied: “Airbus thank you for your kind words and we look forward to an exciting future!”

The Boeing 737 MAX 8 took to the skies for the first time today. The 737 MAX program achieved the milestone on schedule which begins a comprehensive flight-test program leading to certification and delivery.

With the latest technology LEAP-1B engines from CFM International and Boeing-designed Advanced Technology winglets, the first member of the efficient 737 MAX family completed a two-hour, 47-minute flight, taking off from Renton Field in Renton, Wash., at 9:46 a.m. local time and landing at 12:33 p.m. at Seattle’s Boeing Field.

“Today’s first flight of the 737 MAX carries us across the threshold of a new century of innovation – one driven by the same passion and ingenuity that have made this company great for 100 years,” said Boeing Commercial Airplanes President and Chief Executive Officer Ray Conner. “We are tremendously proud to begin testing an airplane that will deliver unprecedented fuel efficiency in the single-aisle market for our customers.”

During the flight, 737 MAX Chief Pilot Ed Wilson and Boeing Chief Test Pilot and Vice President of Flight Operations Craig Bomben departed to the north, reaching a maximum altitude of 25,000 feet (7,620 meters) and an airspeed of 250 knots, or about 288 miles (463 kilometers) per hour typical of a first flight sequence. While Capts. Wilson and Bomben tested the airplane’s systems and structures, onboard equipment transmitted real-time data to a flight-test team on the ground in Seattle.

“The flight was a success,” said Wilson. “The 737 MAX just felt right in flight giving us complete confidence that this airplane will meet our customers’ expectations.”

With the other three members of the 737 MAX 8 flight-test fleet currently in different stages of final assembly, the 737 MAX remains on track for first delivery to Southwest Airlines in the third quarter of 2017.