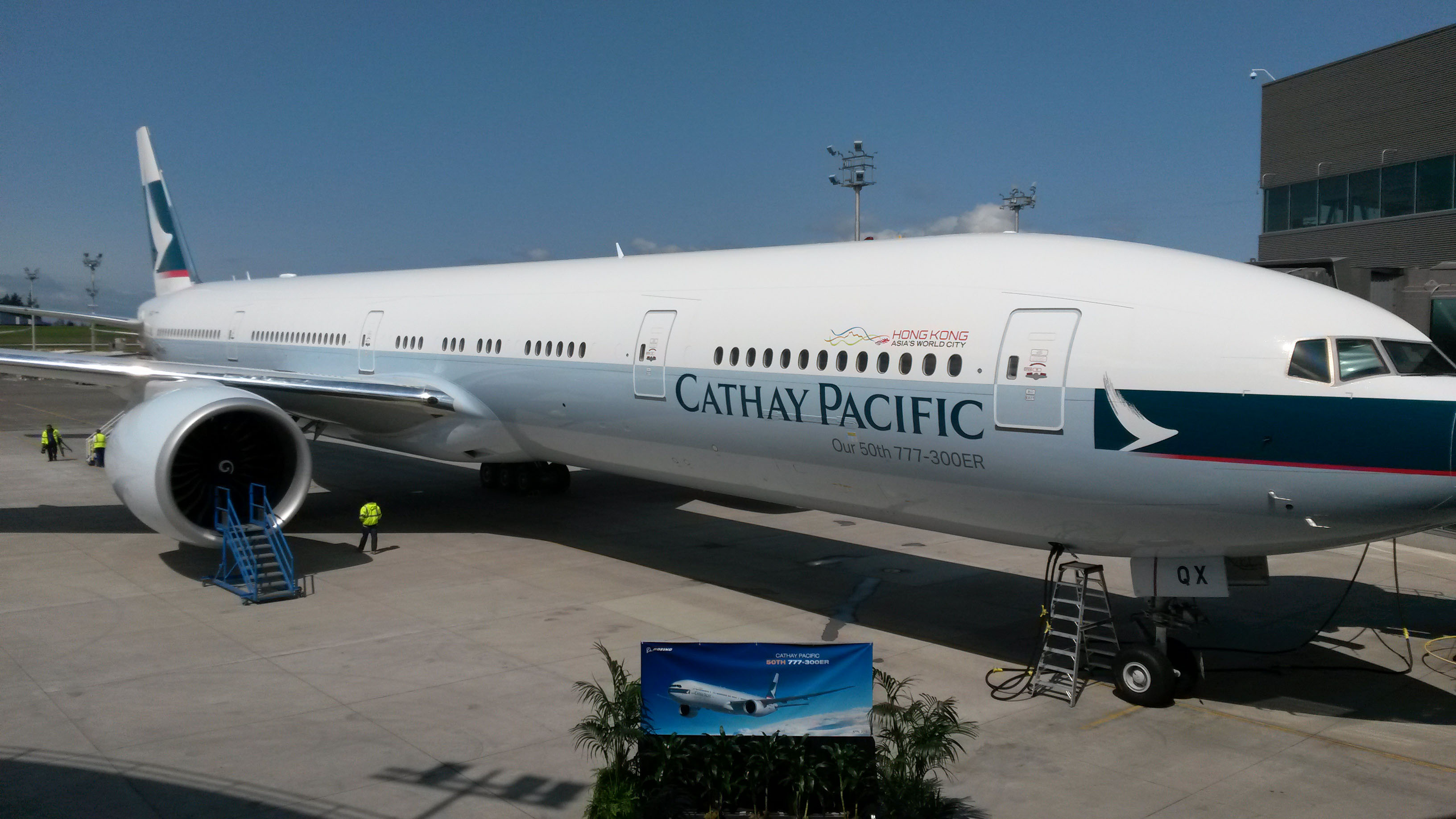 “The 777-300ER forms the backbone of our long-haul fleet,” said Ivan Chu, Chief Executive, Cathay Pacific Airways. “We operate the largest 777-300ER fleet in Asia, and this super-efficient long haul aircraft allows us to operate multiple daily frequencies to intercontinental markets, which gives our customers a lot of choices.”

Cathay Pacific was voted the world’s best airline of the year in 2014, for the fourth time, in the airline industry’s most comprehensive customer satisfaction surveys conducted by SkyTrax. It bases all awards on a survey of over 18 million airline passengers hailing from over 160 countries.

“We truly value the confidence Cathay Pacific have demonstrated in the 777 program as well as Boeing’s products and services across the board,” said Ihssane Mounir, senior vice president of Sales for Northeast Asia, Boeing Commercial Airplanes. “We are honored that the 777-300ER continues to play a prominent role in the success of Cathay Pacific’s business expansion and we look forward to expanding our partnership with the new 777X in the years to come.”

The 777-300ER is the most fuel and cost-efficient airplane in its class as well as the most reliable twin-aisle aircraft in the world. It also has the highest cargo capability of any passenger airplane.  The 777-300ER will receive further improvements in 2016 designed to reduce fuel use by two percent.

Cathay Pacific group operates flights to nearly 100 destinations worldwide with its own fleet of more than 200 aircraft. In North America, the airline currently operates some 100 passenger flights a week to New York (JFK), Newark Liberty, Los Angeles, San Francisco, Chicago, Toronto and Vancouver. The airline will begin a four-times-weekly service to and from Boston and Hong Kong on May 2 this year. Cathay Pacific Cargo serves 13 cities across the Americas using the latest 747-8 freighter fleet.