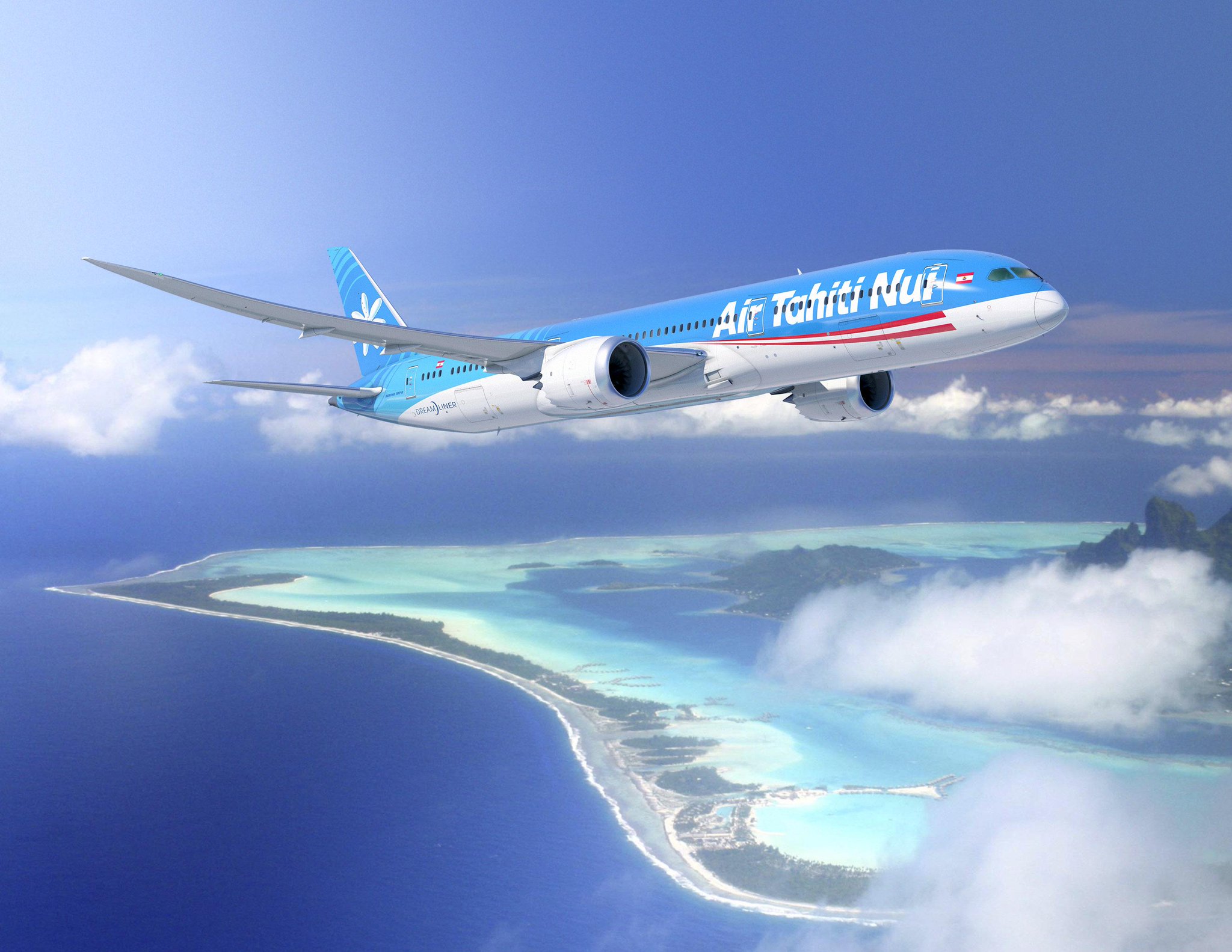 Boeing and Air Tahiti Nui have finalized an order for two 787-9 Dreamliners, valued at $514 million at current list prices.

“The Dreamliner order heralds an exciting new era for international travel to and from the world’s most beautiful islands – Tahiti,” said Michel Monvoisin, Air Tahiti Nui’s Chairman and CEO. “The entire Air Tahiti Nui family is proud, excited and highly committed to the successful introduction of the Boeing 787-9 into Air Tahiti Nui’s global network.”

The flag carrier for French Polynesia, a new 787 customer, has also leased two additional 787-9s through the Air Lease Corporation, based in Los Angeles, Calif.

“We are proud to play an integral role in Air Tahiti Nui’s long-term success as they join the Boeing family. We look forward building a strong and enduring partnership in the many years to come,” said Dr. Dinesh Keskar, senior vice president of Asia Pacific and India Sales, Boeing Commercial Airplanes. “The 787-9 is a great addition to Air Tahiti Nui’s fleet, offering a superior passenger experience and comfort, exceptional efficiency and low operating costs.”

The new 787-9 Dreamliner complements and extends the super-efficient 787 family. With the fuselage stretched by 20 feet (6 meters) over the 787-8, the 787-9 can fly more passengers and more cargo farther with the same exceptional environmental performance — 20 percent less fuel use and 20 percent fewer emissions than the airplanes they replace. The 787-9 also leverages the visionary design of the 787-8, offering passengers features such as the industry’s largest windows, large stow bins, modern LED lighting, higher humidity, a lower cabin altitude, cleaner air and a smoother ride.

Air Tahiti Nui, headquartered in Papeete on the Island of Tahiti, links the South Pacific with four continents as the leading carrier to French Polynesia, with daily non-stop service to Tahiti from Los Angeles.