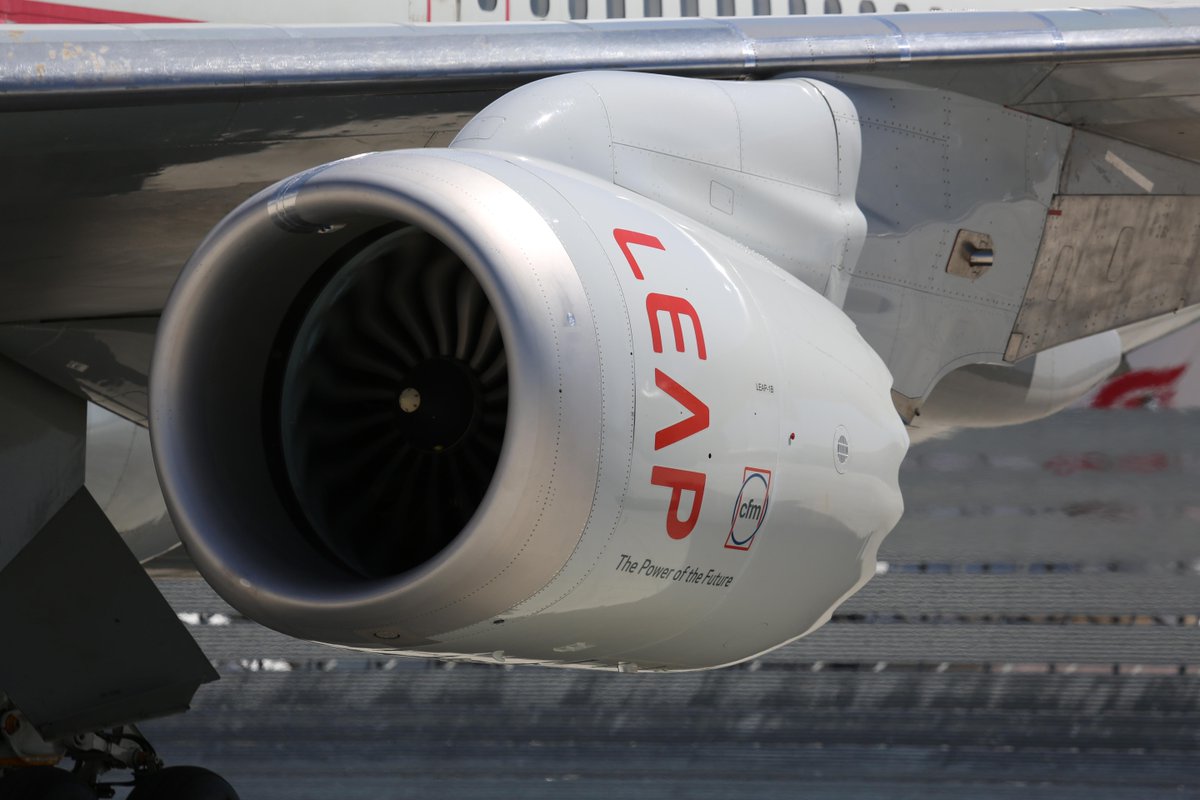 Boeing and CFM International announced today that they successfully initiated flight testing of the LEAP-1B* engine on April 29 on a modified 747 flying testbed at GE Aviation Flight Test Operations in Victorville, Calif.

The testing is the next major milestone in a two-year program that will culminate in engine certification in 2016 and delivery of the first Boeing 737 MAX in 2017. The engine performed well and completed multiple aeromechanical test points at various altitudes during the five hour, 30 minute first flight.

“I continue to be really impressed with the LEAP,” said Chief Test Pilot Steven Crane, CFM International. “These engines are demonstrating a maturity that you don’t always see in new products. I think our airline customers are going to be very pleased with this engine.”

The LEAP-1B engine is the exclusive powerplant for the Boeing 737 MAX family and is part of the most extensive ground and flight test certification program in CFM’s history. The first LEAP-1B engine began ground testing on June 13, 2014, three days ahead of the schedule set when the program was launched in 2011.

“With this major engine milestone and the test results to date, we continue to be confident that the LEAP-1B-powered 737 MAX will provide our customers with the most fuel efficient, reliable and maintainable airplane in the single-aisle market,” said Keith Leverkuhn, vice president and general manager, 737 MAX program, Boeing Commercial Airplanes. “The 737 MAX is on track to deliver 14 percent more fuel efficiency than today’s most efficient Next-Generation 737s and 20 percent more efficiency than the first Next-Generation 737s to enter service.”

Over the next several weeks, the flight test program will encompass a comprehensive test schedule that will gauge engine operability, stall margin, performance, emissions and acoustics.  It also will further validate the advanced technologies incorporated in the engine, including the woven carbon fiber composite fan, the Twin-Annular, Pre-Mixing Swirler (TAPS) combustor, ceramic matrix composite shrouds in the high-pressure turbine and titanium aluminide blades in the low-pressure turbine.

“The LEAP engine has been doing incredibly well throughout a very rigorous ground and flight test program,” said Allen Paxson, executive vice president, CFM International. “Results to date are right in line with what we predicted and where we wanted this engine to be.”

*  The LEAP-1B is a product of CFM International, a 50/50 joint company between Snecma (Safran) and GE.