On 8 August, Boeing demonstrated the folding wingtip on its Boeing 777-9 (N779XW) test aircraft during a ground test. The new feature is the first of its kind on a commercial aircraft reducing the wingspan from 72 meters to 65 meters, allowing the aircraft to fit at airport gates.

The Federal Aviation Administration (FAA) had to make new arrangements in the regulations before approving the design as Boeing had to prove that no force or torque in the air can unlock the extended wingtips. 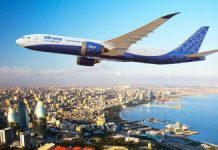 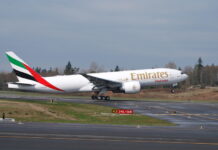 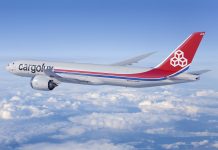