Iran Air has signed an agreement with Airbus for the acquisition of the full range of new Airbus airliners (73widebodies and 45 single aisle). This includes pilot and maintenance training and support services to help the entry into service and efficient operations of these new aircraft.

In parallel the Minister of Roads and Urban Development, Dr. Abbas Ahmad Akhoundi, has signed a comprehensive co-operation agreement as part of the country’s modernisation of its civil aviation sector, to support the development of air navigation services (ATM), airport and aircraft operations, regulatory harmonization, technical and academic training, maintenance, repair and industrial cooperation.

These two agreements took place as part of the implementation of the JCPOA (Joint Comprehensive Plan Of Action) on January 16th 2016, and its associated rules and guidance.

“Today’s announcement is the start of re-establishing our civil aviation sector into the envy of the region and along with partners like Airbus we’ll ensure the highest world standards,” said Mr Farhad Parvaresh, Iran Air Chairman and CEO.

Airbus is the world’s leading aircraft manufacturer of passenger airliners, ranging in capacity from 100 to more than 500 seats. Airbus has design and manufacturing facilities in France, Germany, the UK, and Spain, and subsidiaries in the US, China, India, Japan and in the Middle East. In addition, it provides the highest standard of customer support and training through an expanding international network. 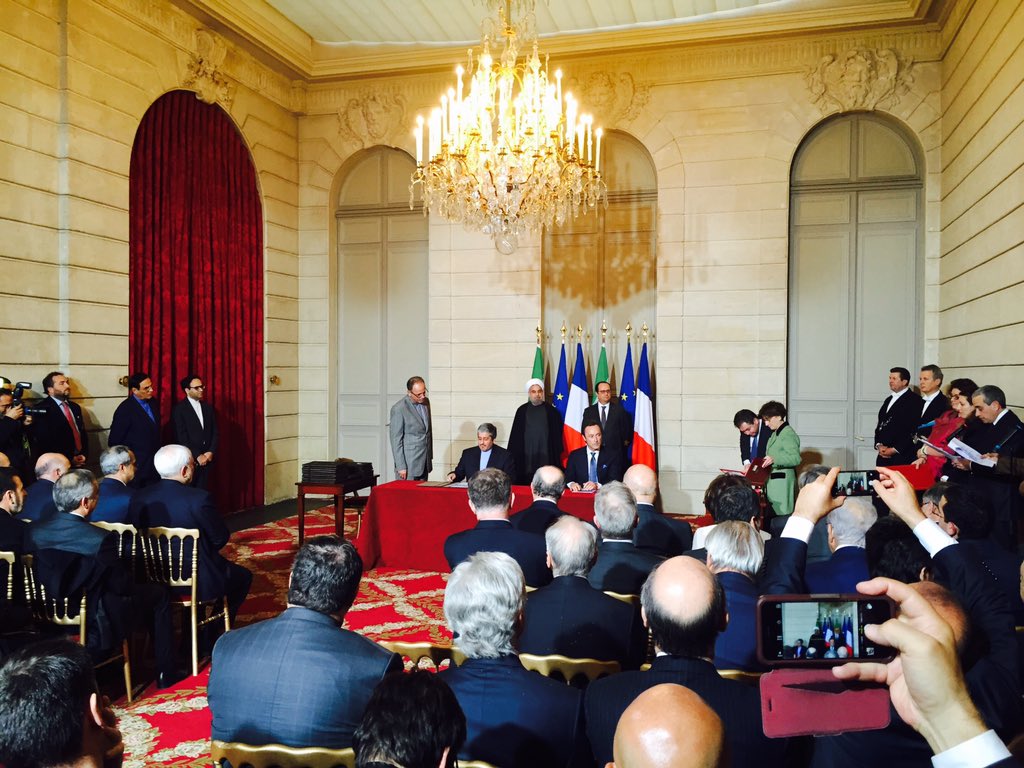 Iran’s Airbus deal is subject to US export licences due to the number of US parts.