The company is utilizing 3D printing (also known as additive layer manufacturing) to produce components for the pylon of A320neo developmental aircraft powered by CFM International’s LEAP-1A – which is one of two new-generation engine choices for the single-aisle NEO Family, along with the PurePower PW1100G-JM from Pratt & Whitney.

Applying such pioneering technical solutions is important for Airbus to ensure its market-leading jetliners continue to meet ever-changing requirements, as well as for sustaining the fast-paced production increases of its latest products.

Additive layer manufacturing is a relatively quick process that allows for the production of parts with complex geometries by using the fine powder of a base material – such as aluminium, titanium, stainless steel, nylon and carbon fibre – to add numerous thin layers in incremental stages.

Selected by Airbus to produce the 3D-printed pylon components for CFM-powered A320neo jetliners, U.S.-based manufacturer RTI delivered the parts in three months – less than half the time that would be required for their production by traditional casting methods.

The use of such advanced manufacturing techniques is helping Airbus continue to advance toward key A320neo project milestones this year, including the certification and subsequent no. 1 delivery of the first NEO version – the Pratt & Whitney-powered A320neo.

Currently, Airbus has two A320neo jetliners – both powered by Pratt & Whitney engines – flying in its test campaign with the second A320neo test aircraft taking to the skies for the first time at the end of March. It joined Airbus’ initial A320neo developmental jetliner – which performed its historic maiden flight in September 2014.

The developmental fleet has also expanded with today’s rollout of Airbus’ third flight test aircraft, the no. 1 A320neo powered by CFM International’s LEAP-1A. 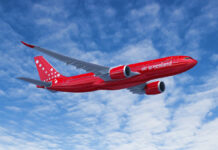 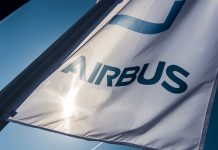 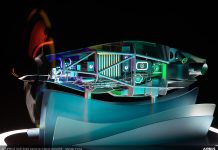