At the end of February 2021, the Gosselies site of SABCA site had won a new maintenance contract for 80 Air Force F-16s deployed in Europe. The contract included scheduled and unscheduled maintenance of Lockheed Martin aircraft, an aircraft life extension programme from 8,000 to 12,000 flight hours and technical assistance for F-16s based across Europe. The term of the agreement was five years, renewable for another five years.

Already responsible for the maintenance of the European F-16 fleet of US Air Force since 2001, SABCA has, in the past, also maintained other US Air Force aircraft based on the Old Continent, such as the A-10 assault aircraft.

After SABCA had initially been chosen to fulfil the contract, an appeal was brought by a competitor and the US Air Force decided to review the decision.

About ten days ago, the contract was ultimately awarded to the consortium that challenged the first decision, an association between US aeronautical player AAR Government Services, a Dutch company and a Polish maintenance company, WZL 2, based in Bydgoszcz. It is on this site that a large part of the maintenance operations should be carried out, said L’Echo.

The decision – made by the US Department of Defense and not by the manufacturer Lockheed Martin – may seem surprising, because the Polish operator cannot show the same service record as SABCA, which has been doing the maintenance of the American F-16s for 20 years and that of the same aircraft of the Belgian Air Force, which it originally assembled in Charleroi, for four decades. The Belgian manufacturer, part of the Blueberry Group, knows how to do almost everything – from heavy maintenance to modernisation – on this aircraft, of which it also continues to manufacture certain parts on its Haren (Brussels) site.

The explanation for this reversal may be political, with Poland being a very large buyer of US arms, L’Echo continues.

SABCA intends to lodge an appeal according to the legal provisions provided for in the tender procedure. 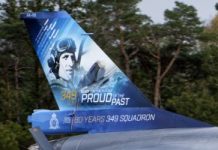 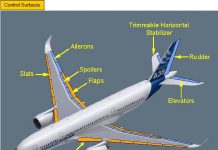