As a surprise, the 30 passengers were able to safely evacuate the aircraft, as confirmed by state media. The Fokker F50 is a former Lufthansa Cityline aircraft (originally registered D-AFKW).

#UPDATE: Civil Aviation Authority of #Somalia declared the opening of #Mogadishu airport within two hours after the crash of Jubba Airways plane. All flights have been diverted to #Baidoa, the interim capital of Southwest State, while #Qatar Airways diverted to #Djibouti. pic.twitter.com/dmiA6yYvML

New CCTV footage shows the moment Juba Airways Fokker 50 flipped over on landing at Mogadishu’s Adan Adde Airport on July 18. All 36 passengers on board the flight survived. pic.twitter.com/Me2gPgDHg3 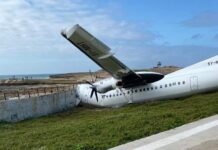 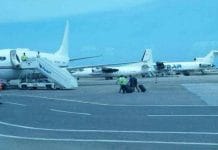