Airbus Group said on Tuesday it plans to start production at its first U.S. factory with the larger A321 jetliner instead of the A320 as originally planned, a move that reflects rising demand for the bigger jet.

In the year through September, Airbus has booked 311 gross orders for the A321, including 135 with the current engine option and 176 for the A321neo with newer engines.

The A321 seats about 185 passengers in a two-class configuration but can accommodate up to 220 for economy carriers.

A spectacular bird strike on the A320neo test aircraft will not delay the certification programme, according to Airbus. 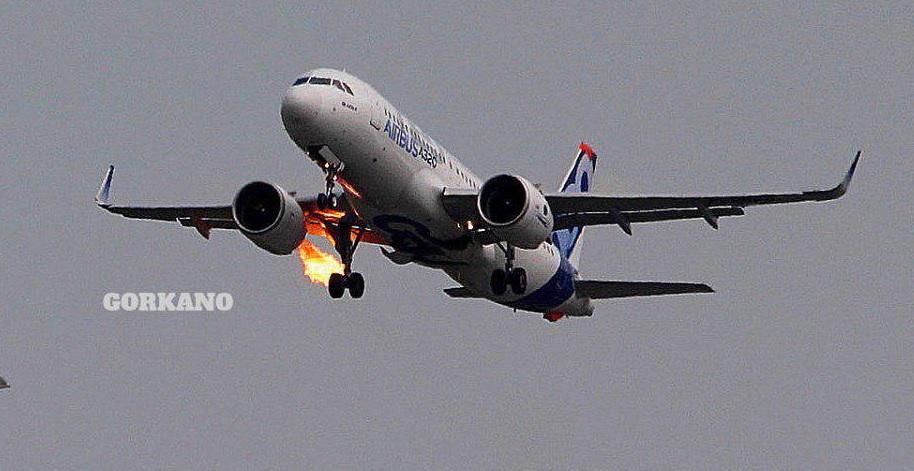 The Airbus A320neo equipped with LEAP-1A engines made its first flight today. 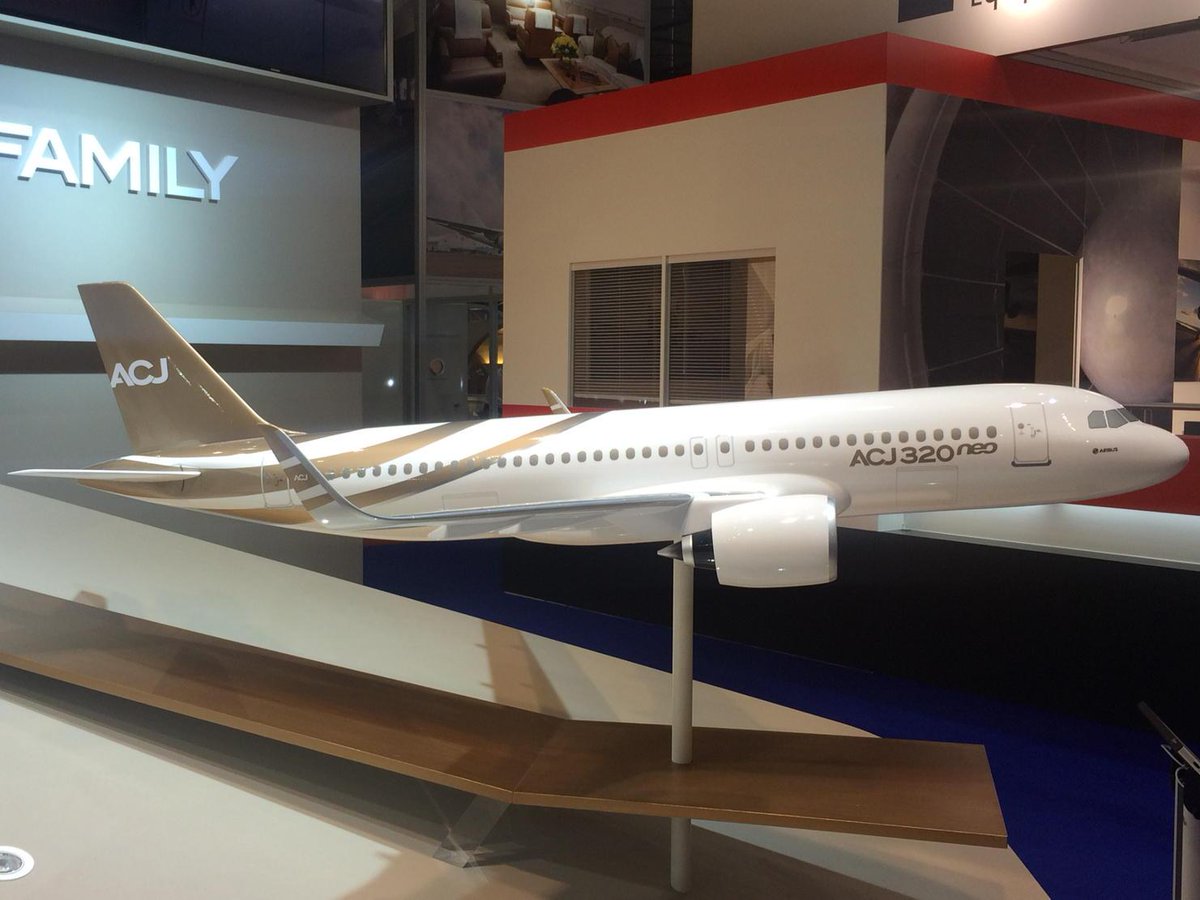 (Bloomberg) -- IndiGo, India’s biggest airline, firmed up an order to buy as many as 250 Airbus Group SE A320neo single-aisle jets, giving the European planemaker its biggest ever order by number of aircraft.
With the order, Airbus has a backlog for more than 4,100 A320neo planes, the company said in an e-mailed statement Monday. The contract, coming after an initial commitment signed last year, could be valued at as much as $26.6 billion based on list prices, before customary discounts.

IndiGo’s move underscores growth plans for the decade-old budget carrier, which has a 38 percent share of the local market. The purchase is in line with the ambitious plans of other Asian budget carriers, who are expanding to serve a burgeoning middle class in a fast-growing aviation market.

India and China are among the fastest-growing markets for Airbus and rival planemaker Boeing Co., as both forecast Asia to overtake the U.S. as the world’s biggest plane market in two decades. India will require 1,290 new aircraft valued at $190 billion in the 20 years to 2032 to meet travel demand in the country, the European planemaker said in March, 2014.

In January 2011, IndiGo ordered 180 planes worth $15 billion from Airbus, at the time the biggest order in commercial aviation history, as it builds toward its goal of a 1,000-jet fleet. The carrier has taken delivery of more than 100 planes from that order so far.

Lufthansa will take delivery of its maiden A320neo ahead of schedule an airline spokeswoman, Anja Lindenstein, has confirmed.

According to aero.de, D-AINA (cn 6801) will arrive at the German carrier towards the end of the year and not in early 2016 as previously anticipated. A further six of the type are due to arrive before the end of 2016.

Lufthansa has a total of sixty-one A320neo and forty A321neo on order from Airbus Industrie.

One of the Airbus A320neo test aircraft suffered engine damage in the UAE. 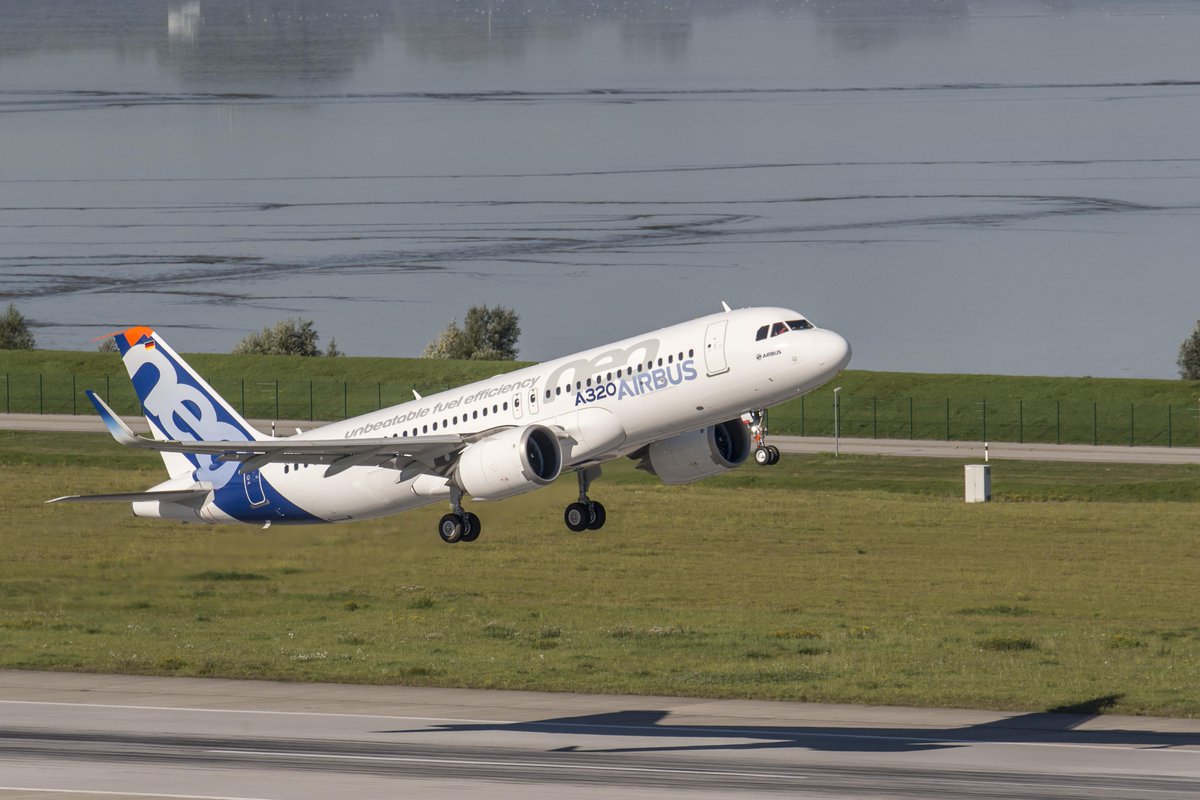 This chart doesn't come from Airbus (let alone Boeing), but from Hawaiian Airlines:

Airbus is making a last-minute swap and now plans to deliver the first A320neo to Lufthansa, not to Qatar Airways.

According to industry sources, the change was made because of operational restrictions that are still in place for the Pratt & Whitney PW1100G engine, pending some hardware and software changes. Pratt is working on hardware changes to the bearing of the engine shaft and a software update. Until those changes are made, the engine has to run in idle for 3 min. following start-up. The aircraft cannot taxi under its own power until the 3 min. have elapsed.

According to the sources, Qatar Airways has told Airbus that it not prepared to take the aircraft under these circumstances, and will not do so until the restrictions are lifted. Changes are expected to be implemented within a matter of weeks.

Lufthansa Group CEO Carsten Spohr confirmed to Aviation Daily that his airline has agreed, in principle, to take the first A320neo. Some regulatory issues have to be sorted out and the airline expects to be financially compensated for the operational restrictions that are in place for now. The negotiations could, therefore, still fail. However, if the two sides come to an agreement, the first A320neo is now expected to be delivered to Lufthansa from Hamburg-Finkenwerder on Dec. 22, which would enable Airbus to stick to its target of delivering the first aircraft before the end of the year.

Lufthansa plans to introduce the first A320neo into revenue service on Jan. 6. Because of the limitations to the engine it plans to deploy it on the Frankfurt-Hamburg route initially—it has large maintenance bases on both ends of it. The airline plans to take five A320neos in 2016.

Lufthansa has ordered 101 A320neo-family aircraft. Qatar Airways has ordered a combined 50 A320neos and A321neos. Indigo is the largest single customer for the aircraft, with orders for 430 aircraft.

I know these but I was asking the code for the NEO-series, can we know within LH booking system when it's operated by a NEO, didn't find any... the flight noticed above was mentioned A320Sharklet no A320Neo....

An engine valve problem delayed the first commercial A320neo flight FRA-HAM yesterday. The newly scheduled first flight of D-AINA was successfully flown today between FRA and MUC as LH100. It flew back to FRA as LH105 and was on-time for both flights. One could not expect less.

And, by the way, the code for the aircraft is A320: no difference with the A320ceo

But visually the difference is enormous in the diameter of the P&W engines: 206cm vs 144cm

And already a first passenger experience: the seat pitch in economy has been considerably reduced as compared to the current LH A320 ceo.

Qatar Airways, which was supposed to be the launch customer for the A320neo, now expects its first A320neo in “several more months.”
André
ex Sabena #26567
Top

Airbus is renegotiating delivery schedules for its A320neo and has told some airlines the aircraft will be delayed by about two months. Industry sources also pointed to delays in deliveries of the P&W GTF engine.
André
ex Sabena #26567
Top

Airbus Group SE has decided not to use Pratt & Whitney engines that have suffered engineering glitches for the first test flight of its A321neo, the largest and most widely-ordered variant of the European company’s new single-aisle jet, and will instead employ rival turbines from CFM International.

Airbus said it still aims to deliver the first A321neos powered by Pratt by the end of 2016, with CFM-equipped aircraft being handed over in early 2017. Spokesman Stefan Schaffrath said many tests are independent of engine type and that it “doesn’t matter” which turbines are actually used on initial flights.

The A320neo series is critical to Airbus’s future, with the more efficient upgrade of the company best-selling model winning close to 4,500 orders since it went on sale in 2010. As of December, United Technologies Corp.’s Pratt had won 28 percent of engine contests and CFM, a joint venture of General Electric Co. and France’s Safran SA, 33 percent, with the rest undecided.

Qatar Delay
The switch involving the A321neo test plane comes amid technical difficulties that mean the Pratt engine requires special measures to reach the right temperature on startup. Airbus didn’t offer a specific reason for the change, while Pratt spokeswoman Sara Banda said it didn’t want to speak for clients.

Qatar Airways Ltd., earmarked as the first A320neo customer, refused delivery in December and said recently it would be “months” before it takes a plane. Airbus hasn’t indicated when it plans to hand over the first Qatar aircraft, and neither has it said publicly when deliveries to India’s IndiGo will proceed.

Greg Hayes, chief executive officer of United Technologies, said in December that the cool-down process for the Pratt geared turbofan deployed on the A320neo had issues, and that the problem would be addressed in February with “more robustness” to be introduced to some parts.

Deutsche Lufthansa AG is the only airline to have taken delivery of an A320neo, though the German carrier received its own aircraft about two weeks late.

IndiGo’s first jet is also late. The company said before its recent IPO that the Neo would save it 15 percent in fuel costs. Instead, it has been forced to lease in used planes to make up for the loss in planned capacity.

Successful first flight of A321neo today in Hamburg, with, thus, CFM LEAP-1A engines (the same as in the Boeing 737MAX that had its first flight last week) rather than P&W... 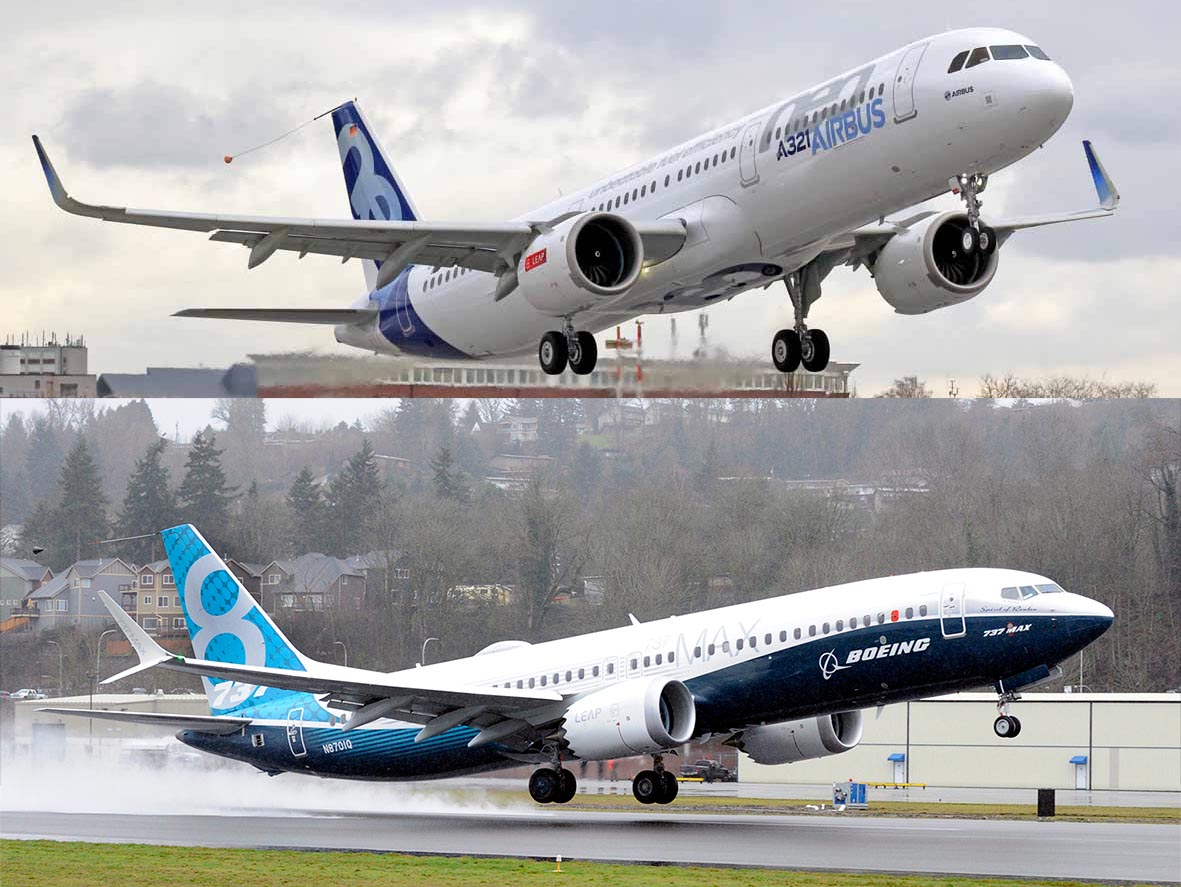