Air Senegal will add its 3rd destination in France: Lyons. Flights will be operated via Marseille. 1st flight from 28 March 2021
https://www.lyonaeroports.com/en/news/d ... ch-28-2021

I was going to track flight KL537 Kigali-Entebbe-Amsterdam, when I saw an Air France 787 over Uganda. It is doing a CDG-N'Djamena-Nairobi flight. Tag service ? https://www.flightradar24.com/data/flights/af9266

I know that at one time AF operated tag service to Nairobi. It was my very first flight Kigali-Nairobi-Paris in B747, in 1988

De Havilland Aircraft of Canada will pause DHC8-400 (ex-Q400) production later in 2021, once the backlog of at least 17 aircraft is assembled.

Working meeting between technicians from Ceiba Intercontinental and Ethiopian Airlines

Technicians from Ceiba Intercontinental and Ethiopian Airlines have met in Addis Ababa to review the agreements signed between both airlines since 2018. The report of said work was presented on January 18 to the Ambassador of Equatorial Guinea accredited in Ethiopia .

Chairman @Omar_Hadi took part in an important meeting at @Ddiftz with the Ethiopian Ambassador to Djibouti @BerhanuTsegaye
on making Djibouti a hub for air-sea logistics in the region, combining Djibouti’s expertise in ports with @flyethiopian
and @theredseairline (Air Djibouti) in air. 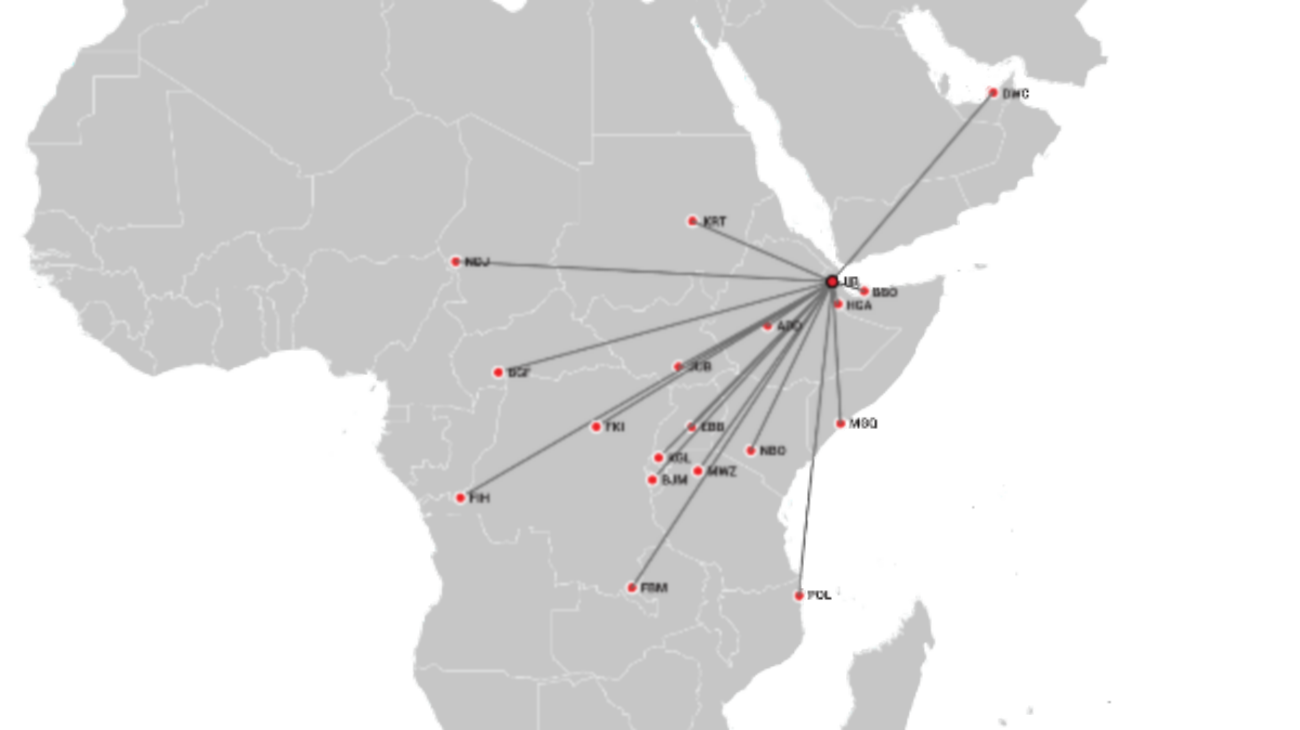 Back on the first 11 years.

Asky, 11 years in the African sky

On January 15, 2010, the Lomé-Banjul commercial flight marked the takeoff of Asian Airlines in the African skies. Eleven years later, the Pan-African success story continues to be written.

One of the few African airlines to be profitable. Lomé is now an alternative to the big French-speaking hubs Abidjan or Dakar, as well as English-speaking hubs such as Accra and Lagos. Ghana hasn't a"big" airline and Arik Air has decreased its operations, it was a little easy. Lomé was able to acquire a brand new terminal.


Surely one of few success story partnership between Africans in the last 20 years in terms of African Airlines (there Ethiopian Airlines / Asky). I aslo add the Kenya Airways PrecisionAir partnership since 2003 and the first years of the Air Senegal International and Royal Air Maroc partnership. We can also add the creation of the Vanille alliance (Air Seychelles, Air Austral, Int'Air Îles, Air Madagscar and Air Mauritius)

We had also big failures:

The Government of Burundi mulls a new carrier: Burundi Airlines

AKEZA Burundi
@akezanet
Aviation # burundi-ease is transformed and appears under a new image.
Since 02/04/2021, the companies Air Burundi and SOBUGEA have merged to form BURUNDI AIRLINES. The new company has the slogan: "Flying to bridge Africa with the world"
@MinCommerce

The @BurundiGov, authorized to participate in the constitution of the share capital of #BurundiAirlines resulting from the merger of Air Burundi and SOBUGEA

Reminder: the shareholders will consist of the State of #Burundi (92%), SOCABU (4%) and bankrupt SABENA (4%)

More risks for the company in these times of Covid-19? The @MinCommerce: "Even with the pandemic, [commercial] flights continue"

The first A320Neo will join the airline on 18Feb21. The very first A320neo in West Africa and third operator in Africa, after Air Seychelles and Egyptair

Note that airline performed its first C Check on A320Ceo, few month ago. That's a pretty a good news because many African airlines have to send their aircraft outside Africa to make heavy maintenance and it's very costly for them. So if more and more African airlines can now make heavy maintenance, it will be good news. Air Cote d'Ivoire can create partnership with A320 family (A319 /A320 /A321) small operators in Africa, such as Congo Airways, Air Senegal

Nigerian Airline Azman Air will add B737-800s According to Routeonline, the airline will add destinations in Africa.

RO says that "Azman Air executives said they had visited five African countries in 2020—Ghana, Mali, Rwanda, Tanzania and Uganda—in search of network points". Flights will be operated from Kano, their main base ? Or Lagos ? Or Abuja ?

From Rwanda the only stats that i have about Nigeria, it's the passenger trafic between Lagos and Kigali (but it includes connecting passengers at Kigali). Almost 110 000 pax per year. RwandAir only served Lagos in 2017 (Abuja arrived in 2018). Most of the companies listed here serve at least 2 destinations in Nigeria. 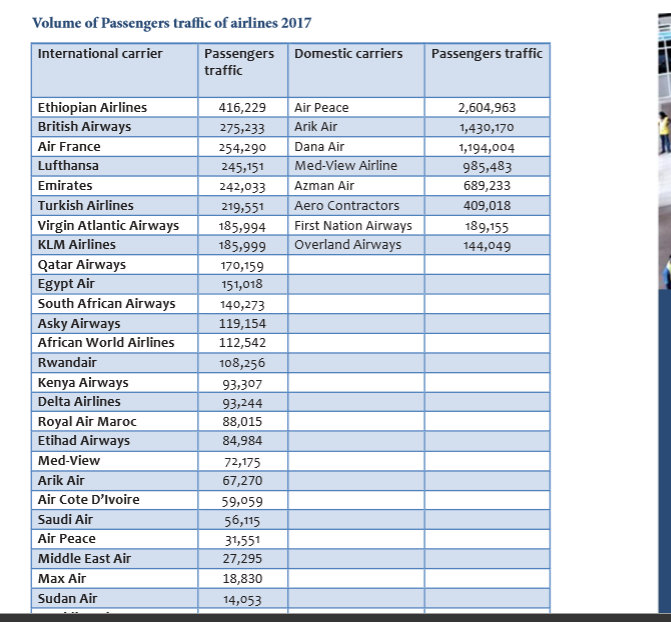 Anyone knows why this Air Senegal A330neo (leased from Hifly Malta) has operated flights between Islamabad and Paris ?

Anyone knows why this Air Senegal A330neo (leased from Hifly Malta) has operated flights between Islamabad and Paris ?

callsign is HFM according to the tweet, so this plane (owned by hi fly) will be operating for PIA as well I guess.

I don’t think the aircraft 9H-SZN operates exclusively for Air Senegal (in fact it hasn’t operated any HC flights since the end of December), so HiFly is probably (depending on the lease contract) able to use it on other missions as well. Among them, the charters for PIA which they operate under their own callsign.

Yes that seemed logical, but it could be something else: repatriation requested by one or more governments, cargo flight.

There are still repatriation flights at Roissy. And during the 1st lockdown Hifly operated a lot of cargo flights at CDG, with its A340s.

NASA's SOFIA passed overhead Belgium on it's way to ..... somewhere North for the moment
https://www.flightradar24.com/NASA747/26dac121

Flight CGN-CGN, but will go up to 66N first before heading out to the North Sea and then back to CGN. Expected flight time 8h.
Top

Air Senegal will launch flights to Douala (Cameroon), Libreville (Gabon) and Cotonou (Benin), as of March 28, 2021.

. It will break the monopoly of Asky and Air Cote d'Ivoire and they will becompetition on Dakar-Libreville with Mauritania Airlines which makes Nouakchott-Dakar-Bamako-Libreville

It will be probably the longest flight for an A319: Dakar-Cotonou-Douala-Libreville, a flight of 07:35. The timetables do not allow for connections on the HC Europe network. The goal is to take the trafic between West / Central Africa
Top

Big merger in view in the aircraft leasing business: General Electric is nearing a US$30 billion-plus deal to combine its unit GECAS with AerCap Holdings. An announcement is expected very soon.
André
ex Sabena #26567
Top