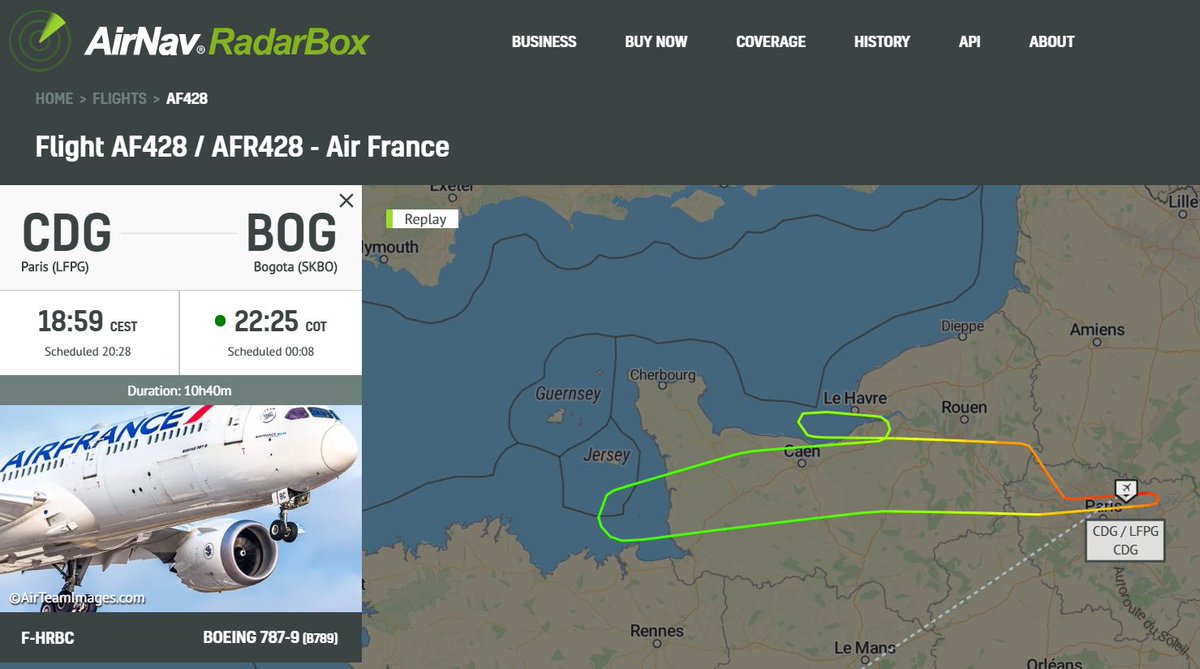 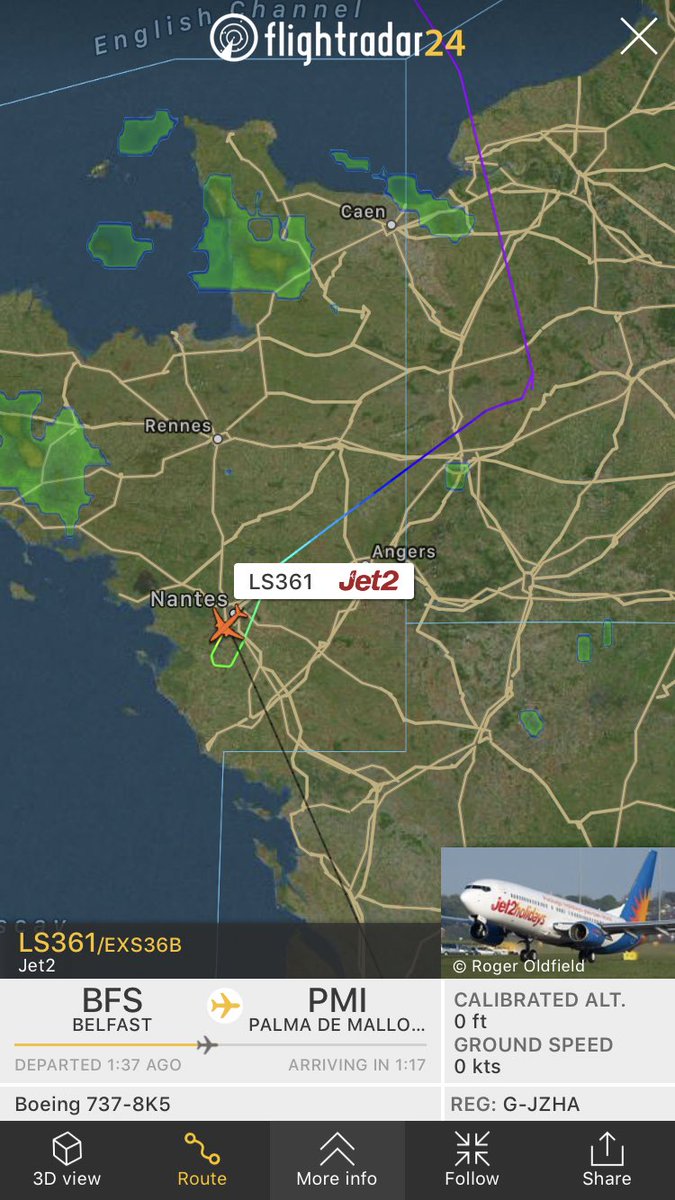 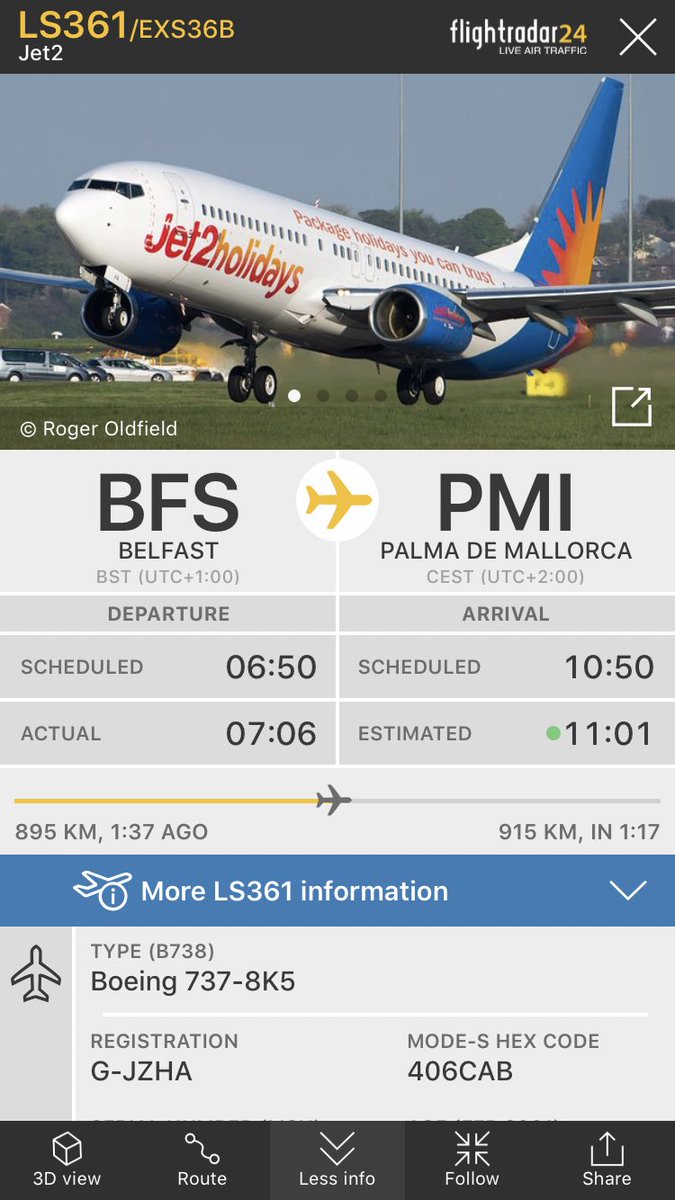 TUI Airways (ex-Thomson) flight #BY5606 (Boeing 737-800 reg. G-FFPH) from Norwich to Menorca Airport performed a U-turn over France, now back in UK airspace. 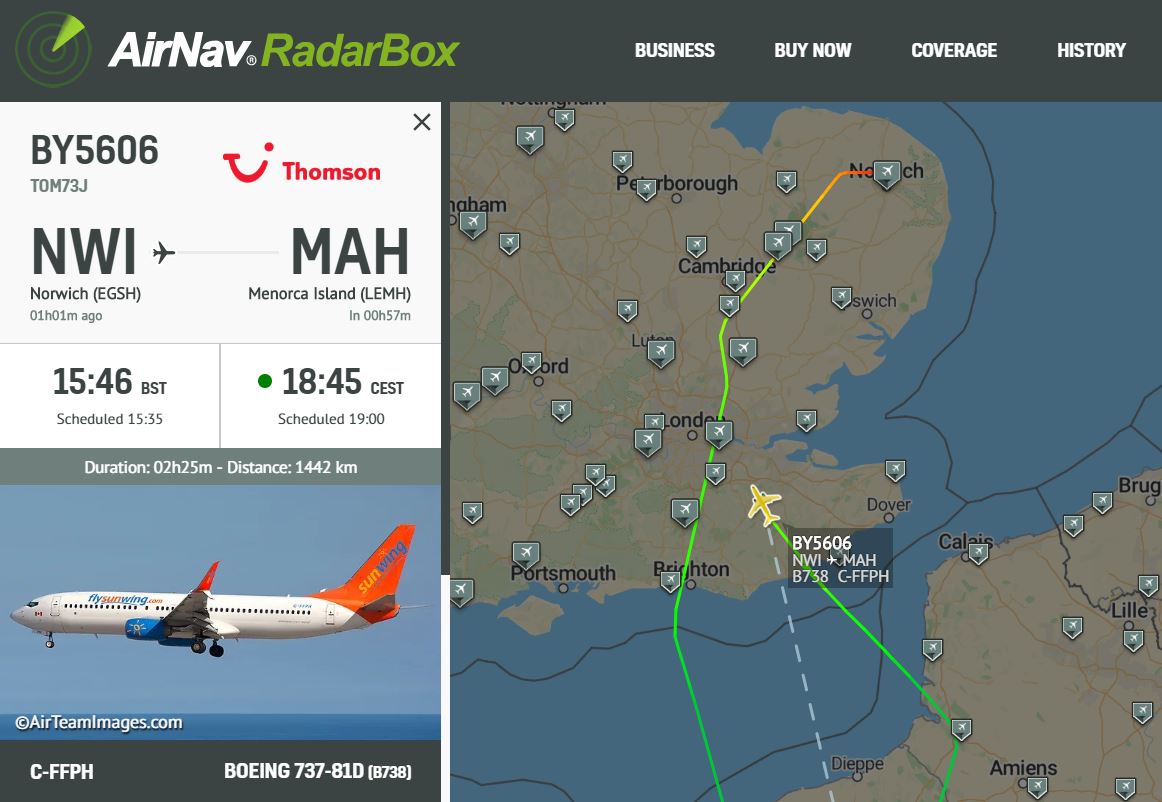 TUI Airways (ex-Thomson) flight #BY5606 (Boeing 737-800 reg. G-FFPH) from Norwich to Menorca Airport performed a U-turn over France, now back in UK airspace.

KLM had two ERJ-190's, returning to AMS after a lightning strike just after take off: 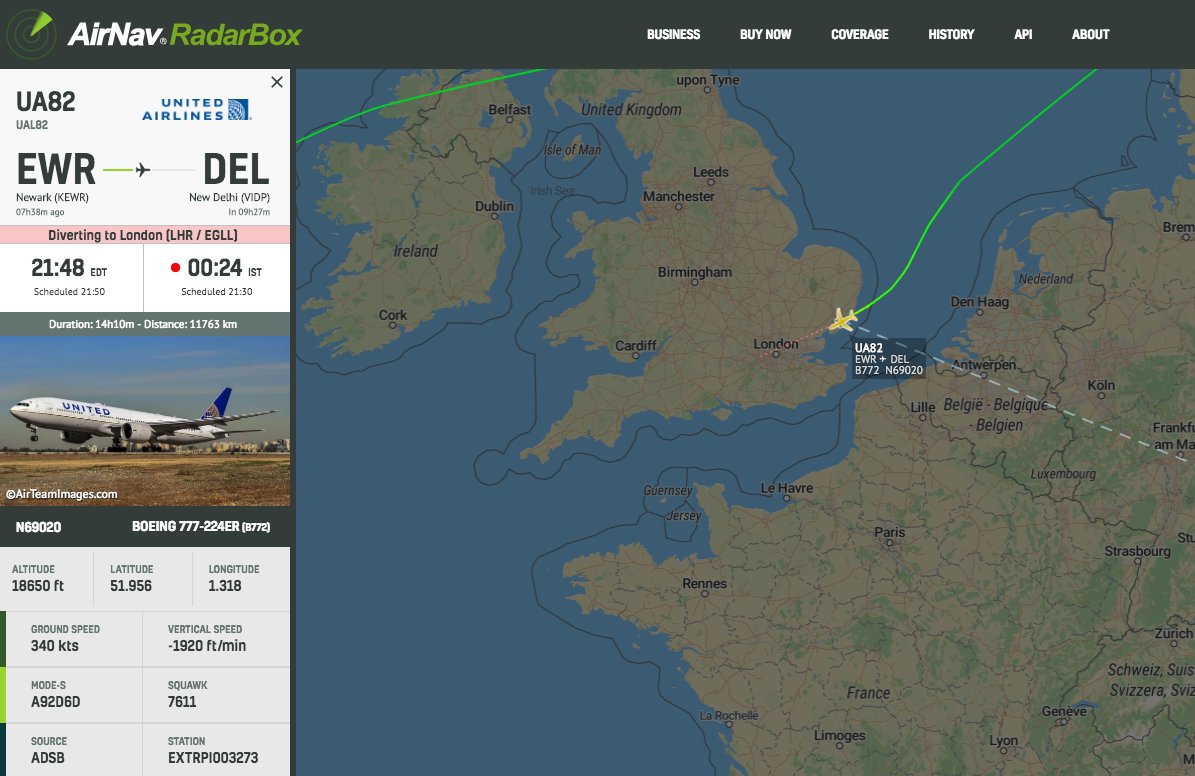 Reason is operational difficulties
Visit my flights on: http://www.quixoticguide.com
Top

UA82 diverted to London because a passenger got sick
Visit my flights on: http://www.quixoticguide.com
Top 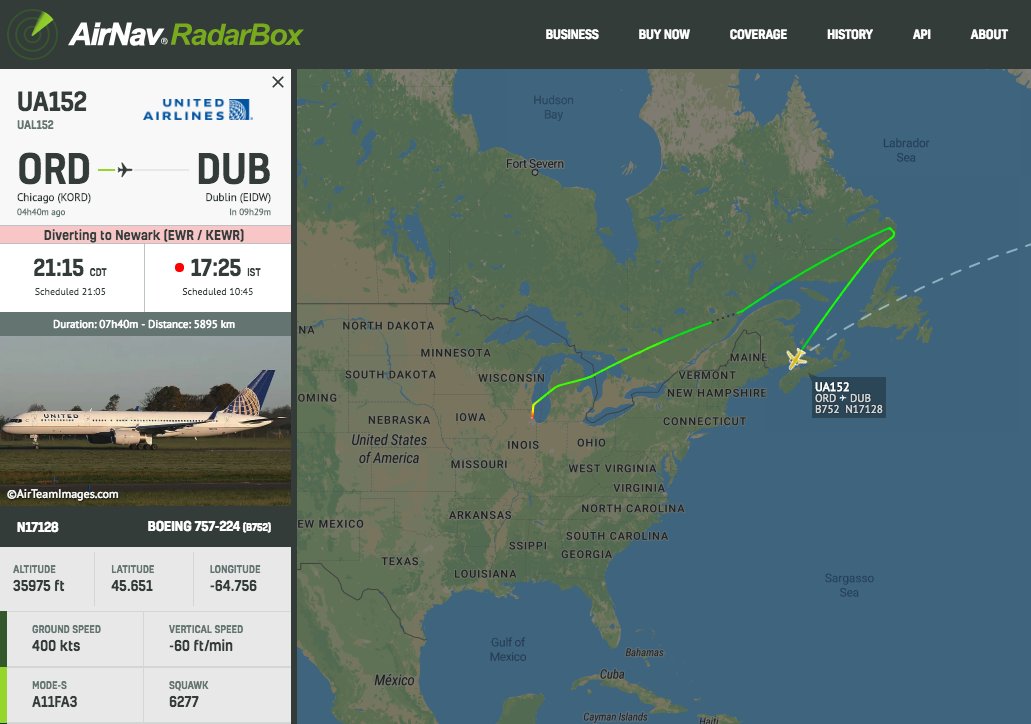 Fortunately, the captain took more fuel than his Ryanair colleagues

On Saturday evening 8th Sept, Jet2 LS-171 from Manchester to Ibiza diverted to Toulouse (737-800 G-DRTD) for medical reasons for a male passenger. He died in hospital.
https://www.flightradar24.com/data/airc ... d#1dcbcf10

Rumours in the British press now suggest the man took an overdosis on the aircraft, and/or tried to hide drugs after he was seen using them onboard:
https://www.aerotime.aero/clement.charp ... enger-dies
Top 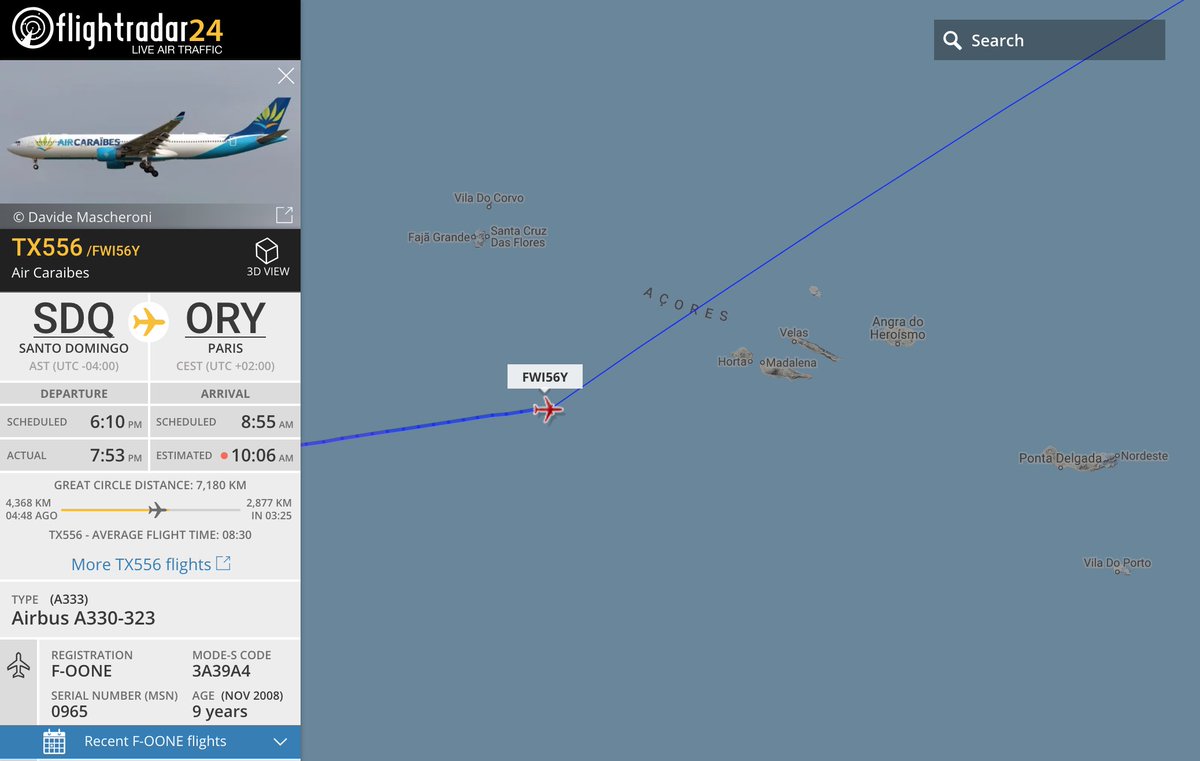 Sunday evening's KLM KL-575 Amsterdam-Luanda-Windhoek (PH-AKB A330-300) returned to AMS after almost 2 hours. Apparently a technical issue that would ground the aircraft at LAD Luanda.

Transavia #HV6259 from Rotterdam to Split (Boeing 737-800 reg. PH-XRD) is diverting to Amsterdam due to lightning strike shortly after departure from Rotterdam. 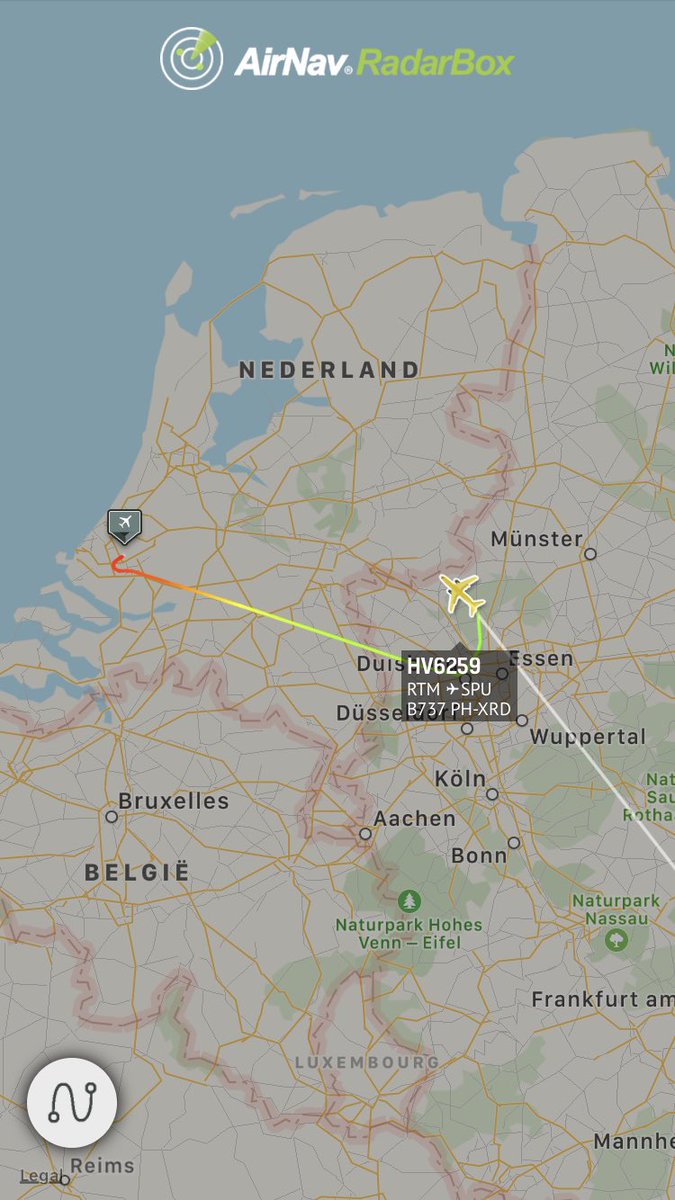 United flight #UA919 (Boeing 787-8 reg. N26902) from London Heathrow to Washington Dulles is returning to London Heathrow due to a disruptive passenger ("constrained and under control"). 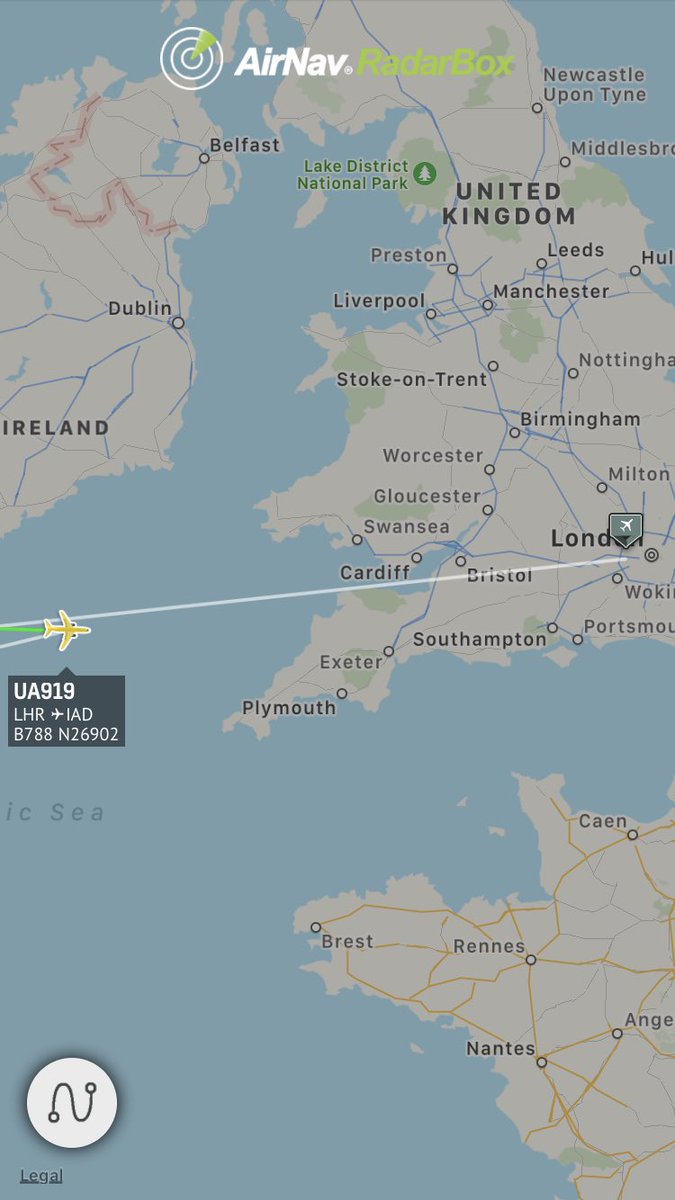 The passenger jet, which had 209 passengers and 13 crew on board, was heading to Washington but was forced to turn back over the Atlantic Ocean.

It is reported the disruptive passenger has been "constrained and is under control".

The aircraft dropped considerably in altitude while reportedly waiting for a landing spot at Heathrow.

The plane had been circling over Bournemouth in Dorset.

The US-based United Airlines is the third largest airline in the world.

According to reports, cabin crew have been forced to restrain a passenger.

The flight radar data shows the plane was barely out of the British Isles region before the crew decided to divert.

At around 4.30pm the plane landed at Heathrow Airport in west London.

A United spokesman said: "Our team is providing assistance to customers of United flight UA919 today, which returned to London Heathrow and was met by police on arrival due to an unruly passenger on board. The passenger was arrested and this is now a matter for the police.

"Due to crew exceeding their legally permitted duty hours, this flight has now been cancelled.

"We are providing our customers with meal vouchers and hotel accommodation and are making arrangements for them to complete their journeys tomorrow.

"We apologise to our customers for the inconvenience caused."
André
ex Sabena #26567
Top
Post Reply
164 posts